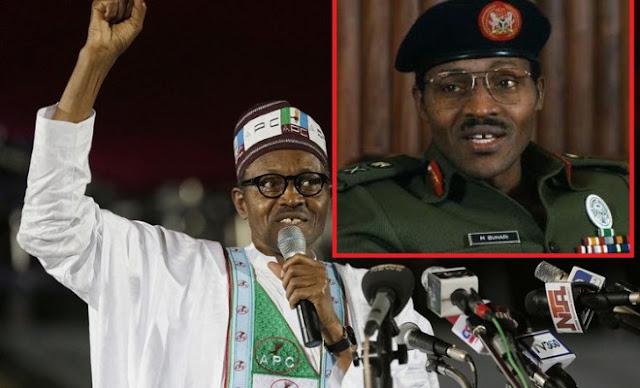 The generals and former military governors were led to the Presidential Villa, Abuja, by a former Military Administrator of Lagos State, Buba Marwa for the endorsement.

Marwa, while speaking with State House correspondents after the event, said the retired officers were impressed by Buhari’s achievements.


Marwa, who doubles as the Chairman, Presidential Advisory Committee on Elimination of Drug Abuse in Nigeria Committee, said, “As an officer and a gentleman, his (Buhari) word is his bond.

“After winning the elections (in 2015), he brought out simple three-point programme – security, economy and fighting corruption. He led the fight and is leading the fight by personal example; that is the height of leadership. Do as as I do, not as a say, he has demonstrated that.”

He said Buhari had fulfilled all his campaign promises, a reason that endeared him to the retired officers.

When asked whether the former officers endorsed the President out of fear that he might come after them, Marwa replied, “Absolutely not. Every human being is political; we may be non-partisan, we all want a good country for ourselves, our children and grandchildren and even for those yet unborn.

“Look at the drug abuse thing for instance, he is the first President that launched a war against it in Nigeria through the committees, one of which I chair.

“Unless you have compassion, you will overlook the matter of drugs and think that these are the dregs of the society. But he did.”

Meanwhile, the Presidency said during the meeting with the retired military officers, Buhari told them that he had clear objectives to serve the country.

A statement by his Special Adviser on Media and Publicity, Mr Femi Adesina, quoted the President as saying that Nigerians must “salvage Nigeria together” as the only country they had.

He added, “God has made this country great. We have human and material resources, and may God continue to give us the right leaders.