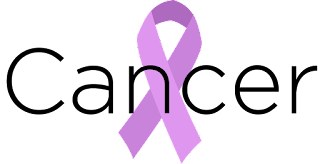 Scientists have developed a new drug which shows potential to halt cancer cells’ growth by stunting the cells’ biological clock.

The findings from scientists at the U.S. University of Southern California (USC), Michelson Centre for Convergent Bioscience and Nagoya University’s Institute of Transformative Bio-Molecules in Japan have advanced a burgeoning area of research — turning the body’s circadian rhythms against cancer.

The study was published in the journal Science Advances.

As disrupting sleep and other elements of humans’ circadian rhythm can harm health, the same is true for the circadian clock of cells themselves.

By disturbing the circadian clock of cancer cells, they could be potentially hurt or killed, according to the research.

Scientists found that a molecule named GO289 targets an enzyme that controls the cell’s circadian rhythm.

This drug-protein interaction then disrupts the functions of four other proteins that are important for cell growth and survival.

GO289 can jam the cogs of the cell’s circadian clock, slowing its cycles, with little impact to healthy cells, according to the research.

“In some cancers, the disease takes over the circadian clock mechanism and uses it for the evil purpose of helping itself grow,” said Steve Kay, Director of Convergent Biosciences at the USC Michelson Centre.

“With GO289, we can interfere with those processes and stop the cancer from growing.”

Kay expressed optimism about the findings. “This could become an effective new weapon that kills cancer,” he said.