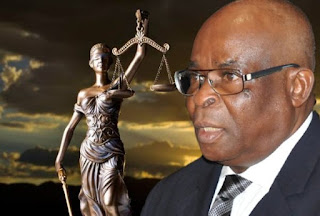 President Muhammadu Buhari’s decision to suspend the Chief Justice of Nigeria, Walter Onnoghen, should be regarded as a conscious shift of policy to fast track the fight against corruption, the Buhari Media Organisation (BMO) has said.

The group pointed out that the CJN’s suspension is in line with the President’s vow to respect the rule of law as demonstrated in this case by the order issued by the Tribunal on January 23.

It said: “President Buhari’s action cannot be said to be unilateral because it was based on the order of a duly constituted tribunal and it will pave way for the case against the suspended CJN to be heard on merit rather than a situation where it would be stalled by unnecessary judicial subterfuge which are associated with high profile cases in Nigeria.

“We consider the indefinite postponement of the statutory meeting of the Nigerian Judicial Council NJC by Justice Onnoghen as one of those unbridled manipulations of the judicial process.

The postponement of the NJC meeting is a brazen abuse of office by Justice Onnoghen to prevent the other members of the Council from intervening in the Asset Declaration scandal which may either lead to his being suspended or being asked to recuse himself while the other members take a second look at the implication of the grave corruption allegation hanging on the head of the country’s judiciary.

“So, from whichever angle one looks at it, it would be difficult to fault the President’s action with all the facts at his disposal as well as the CCT suspension order.”

BMO consequently urges Nigerians across the country to rally around the President at this critical time and ignore attempts by the opposition Peoples Democratic Party (PDP) and its Presidential candidate to obfuscate the issue with a view to scoring political points.

“No one should be surprised that Atiku and his corruption-loving party would jump into the fray in a public show of defence of the suspended Chief Justice as it is in line with their tendencies to defend the worst forms of value erosion that continue to assail our national sensitivity in recent times.

It tells you all you need to know about a Presidential candidate that has vowed to enrich his friends obviously through corrupt means if (God forbids) he becomes President.

“But there is no way President Buhari, with his disdain for corrupt acts, would pretend that all is well in a situation where the head of the nation’s judiciary would have undeclared sums of money running into millions of dollars in accounts hidden from public scrutiny.

“We urge Nigerians across divides to show support and solidarity with the President in his bid to fast track the fight against corruption no matter whose ox is gored,’ it said,