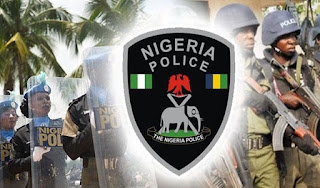 The Police Command in Kaduna State on Thursday dismissed as fake, news circulating on social media advising commuters not to travel through Kaduna -Abuja highway because of alleged attacks on motorists.

The Command’s Public Relations Officers, DSP Yakubu Sabo, in a press statement issued in Kaduna, said there have been no security issues along the highway for long.

The story being circulated was purportedly issued by the Security and Safety Division of the Federal Inland Revenue Service (FIRS) on Jan. 20.

“The Command is categorically stating that the story in its entirety is fake news, not credible, and should be disregarded and discountenanced by the public.

“The security of Kaduna-Abuja road has been well reviewed and enhanced on the directive of the commissioner of Police Ahmad Abdurrahman.

“Additional personnel have been deployed to beef up security along the road especially at all the known flashpoints around the axis,” he stated.

Sabo said those that issued the news were only being mischievous and would be tracked and prosecuted for disseminating fake information with the intent to mislead the general public.

He added that the FRIS had since denied issuing such travel advisory.

“It is a crime under the penal and criminal code laws to tell falsehood with intent to mislead the public and cause panic to unsuspecting members of the public.

“The Command, therefore, implores the public to be aware that the story is ill-motivated and intentionally orchestrated to cause unnecessary panic and undermine the giant strides of the present leadership of the Command,.. and this should be condemned by all.”

He warned that the Command would no longer tolerate or condone deliberate mischief and reckless publications aimed at defaming and derogating the integrity of the Force from any individual or group.

“The full weight of the law will be aggressively applied to protect the good image of the Command,” the PPRO stated.

“The Command is assuring the Media of continuous cooperation in guaranteeing public safety and security across the State,” Sabo added.