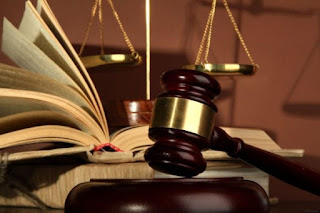 A businesswoman, Clara Mbazue, was on Friday brought before an Ebute Meta Chief Magistrates’ Court in Lagos for allegedly obtaining N4.4 million under false pretences.

The accused, 35, appeared on a four-count charge bordering on conspiracy, obtaining under false pretences and stealing.

She, however, denied committing the offences.

The police prosecutor, Chinalu Uwadione, told the court that the businesswoman committed the offences on May 20, 2018, at Orile Iganmu, Lagos.

He said that the accused obtained N4.4 million worth of black oil from one Chizoba Ohazurike on the pretext that she would pay for it after two weeks, but failed to do so.

“The accused also issued a cheque which was dishonoured due to insufficient funds,’’ Mr Uwadione said.

The Chief Magistrate, A.O. Adedayo, admitted the accused to N2 million bail with two sureties each in like sum.

Mrs Adedayo directed that the sureties must have evidence of tax payment.

She adjourned the case until February 19.