Ogun 2019: My emergence on INEC final list is victory for resilience – Buruji Kashamu 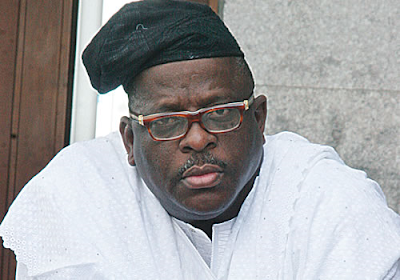 Sen. Buruji Kashamu, the Peoples Democratic Party (PDP) governorship candidate in Ogun, says his emergence on INEC’s final list of candidates is a victory for resilience.

The News Agency of Nigeria (NAN) reports that the embattled Kashamu made the Independent National Electoral Commission (INEC) final list of candidates for the 2019 general elections released on Thursday.

In a swift reaction, Kashamu, through his Spokesperson, Austin Onyikor, said in Ijebu Ode that despite the announcement, “there was no victor, no vanquished.”

The senator, currently representing Ogun-East Senatorial District, urged party faithfuls to work together for victory at the polls.


He said with the publication of the final list of candidates by INEC, it was incumbent on all lovers of the party to close ranks and work to deliver Ogun for PDP.

Kashamu commended INEC and the judiciary for standing firm on the side of justice and the rule of law.

“Like I said recently, we are members of the same family. We may have our differences in the past. At the end of the day, it is the party that wins, not any individual or group.

“We have to come together and work to deliver Ogun for PDP in all the elections.

“As the governorship candidate of the party, my doors are wide open. I am willing, able and ready to work with all in the overall interest of our party and people,” he said.

Kashamu had been engulfed in a supremacy battle with the Oladipupo Adebutu-led PDP faction in Ogun.

Adebutu was also a governorship aspirant in Ogun and current lawmaker representing Ikenne/Shagamu/Remo North Federal Constituency at the House of Representatives. (NAN)