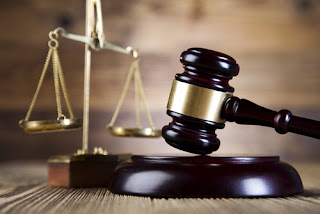 A Kwara State High Court sitting in Ilorin has adjourned the case preferred against five suspected robbers who allegedly took part in the Offa banks robberies until  January 18, 2019, for definite hearing as the prosecution failed to bring witnesses who will testify in the case to court.

The prosecution charged the accused persons with a five-count of conspiracy, armed robbery, murder,  culpable homicide and illegal possession of firearms.

When the case which was slated for definite hearing this morning came up, Mr Jimoh Mumini, Kwara State Director of Public Prosecution who stood in for the prosecution said that the Police who investigated the case could not bring its witnesses who are all in the Force Headquarters in Abuja to the court.

Mumini said, “All the witnesses in the robbery case are Policemen who investigated the case and they are all from the Police Headquarters in Abuja. No witness was taken from Offa where the robbery took place and non from Kwara State.”

He said that all efforts he made to the Police Assistant Inspector General, David Igodo, who is in charge of Police investigation and Mr Abba Kyari, a Deputy Commissioner of Police, who led the investigation team to Kwara to produce the witnesses in court did not yield any result.

The DPP said, “on the 10th of December 2018, I wrote a letter to the AIG, Mr Igodo, which I copied to this honorable court to make available all witnesses in this case in court today. I  followed it up with phone calls on January 2, 4 and 6, 2019. It was at about 8.07 pm yesterday (Sunday) that Abba Kyari, DCP told me that the witnesses will leave Abuja for Ilorin this morning. I told him that the court would sit at 9am. The AIG then told me to beg the court for short adjournment.”

He, however, sought for short adjournment for the case from the Court.

The Defence Counsel, Mathias Emeribe,  did not oppose the adjournment request.

He pleaded with the court to order the prosecution to serve him with the amended charge of the case as well as the Confessional statements of the five accused persons.

In his ruling, the trial Judge, Justice Halimat Salman said that she was adjourning the case till January 18, 2019, because the Police failed to make the witnesses available in court.

The Offa bank robbery of 5th April 2018 in five banks claimed the lives of 33 people including nine Policemen and women while a large amount of money was carted away by the robbers.