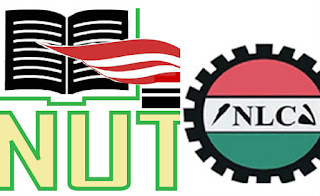 The Nigeria Union of Teachers (NUT), has frowned at the N27, 000 minimum wage approved for Nigerian workers by the National Council of State.

The union was also not comfortable with the Federal Government’s decision to pay its workers N30,000 as minimum wage.

It can be recalled that the National Council of State at its Tuesday, January 22 meeting, approved N27,000 as the new minimum wage.

Dr Chris Ngige, the Minister of Labour and Employment, however, said that the Federal Government would pay 30,000 as minimum wage to its workers.

The minister said the state governors were at liberty to add to the approved amount if they so desire, but the option of paying should not be less than N27, 000.

In December 2018, the tripartite committee had recommended N30, 000 as minimum wage.

Dr Mike Ene, NUT Secretary-General said that on Wednesday that the council should make the new minimum wage equal across board.

“It is unfair and needed to be addressed immediately because a worker is a worker everywhere in the country, either with the federal or state government.

Dr Sabiu Sani, a lecturer with the Department of Economics, University of Abuja, said that the government would have implemented the tripartite committee agreement.

Sani said, “ We are supposed to have leaders that we can trust and not those that show disrespect to contract.’’