Man sentenced for stabbing neighbour in the eye 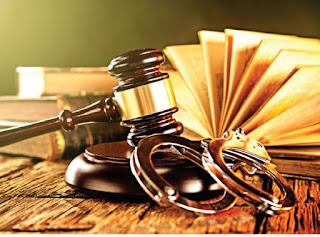 An Ibadan Grade “A’’ Customary Court sitting at Iyaganku, on Tuesday sentenced a 23- year old man Taiwo Ojewola to two years imprisonment, for stabbing his neighbour in the eye.

The President of the Court, Mrs Basirat Gbadamosi, sentenced Ojewola after he pleaded guilty to a two-count of conspiracy and assault.

Gbadamosi ordered that the convict should spend the two years at Agodi Prison with hard labour.

Earlier, the Prosecutor, Sergeant Kola Olaiya, told the court that the accused committed the offences with two others still at large on December 10, 2018, at Ayegun Area of Ibadan.

Olaiya said the accused stabbed the complainant, Mr Sunday David, with a sharp object on the left eye thereby causing him grievous harm.

“The accused and complainant, who are co-tenants, had a misunderstanding and some elders in the area intervened and settled them.

“But on December 10, the accused and his accomplices armed themselves with sharp objects and stabbed the complainant while he was returning from his shop.

“He was attacked, beaten and injured and was rushed to UCH Ibadan, for treatment where he was confirmed blind on that eye,” he said.

Olaiya said the offences contravened sections 335 and 516 of the Criminal Law of Oyo State, 2000.