I don’t care if APC loses in Zamfara -Marafa 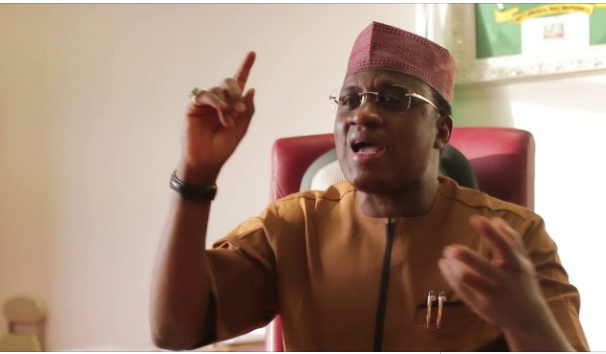 Kabir Marafa, senator representing Zamfara central, says he does not give a “damn” if the All Progressives Congress (APC) loses the state in the fprthcoming elections.

Speaking with journalists in Abuja on Tuesday, Marafa who is a governorship aspirant, said it is better to have another party at the helm of affairs in the state than to have bad people from the ruling party.

The Independent National Electoral Commission (INEC) had barred APC in the state for failing to conduct primary elections.

While the Abuja federal high court upheld INEC’s decision, a high court in Zamfara asked the electoral commission to recognise candidates from the faction of Abdulaziz Yari, governor of the state.

“Some of us felt that this is the property of APC. The same people we are fighting today reneged said they won’t do it and that was the beginning of this Crisis. APC asked us to vote Ahmad Lawan as president of the senate and we stood hell bent that APC must have it’s way and this people said no.

“They acted in disobedience. Some of us are closer to Saraki than many of them but we obeyed the party and today the people that made us to take that line of action are silent. No body cares about us. Nobody is talking. Some of them gang up. There is a massive gang up to all of us today.”

He accused Adamu Aliero, former Kebbi governor, of fuelling the crisis in Zamfara because “he is a contractor there.”

“Like senator Adamu Aliero, he is one of the people that did all the ground work to make sure that Ahmad Lawan lose and today he is at the forefront of fuelling this crisis in Zamfara because he is a contractor there and he and his co-travellers, the body of former governors and everything,” Marafa said.

“They are using their kinsmen in the government circle to ensure that our people are enslaved, maimed, killed, our women are raped, our children are orphaned all because they want to continue to steal the resources of Zamfara.”