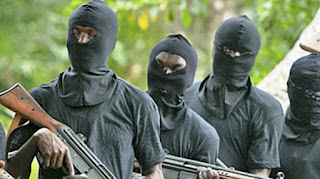 Gunmen on Saturday night storm a sports viewing centre in Birnin Magaji town of Birnin Magaji Local Government Area of Zamfara State and kidnapped seven of the viewers and took them away.

He added that the abductors parked some distance away from the centre and demanded the whereabouts of the operator, and asked, ‘Is this Sanusi Viewing Centre?’

“Myself and the people around answered them in the affirmative because we mistook them for security operatives,” Sanusi said.

He said the gunmen held him hostage and broke into the viewing centre and began picking people indiscriminately.

“When the viewers realised that they were under siege, they started scampering out of the centre, screaming for help in panic. At the end, they picked seven of the viewers trying to escape,” he said.

“The Command has sent its rescue-and-search team headed by the Area Commander to that effect,” he said.