Fighting corruption is important to my administration – Buhari 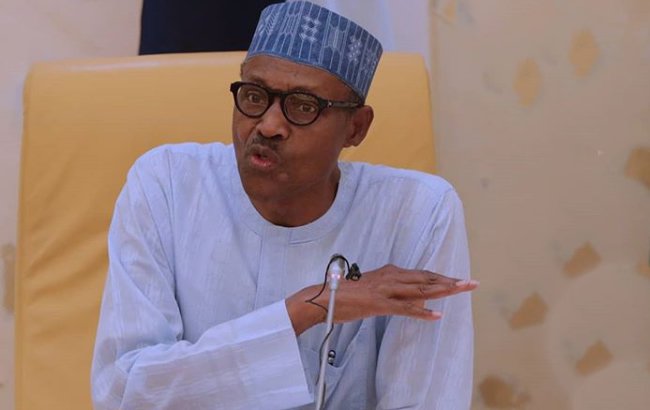 President Muhammadu Buhari has said that fight against corruption was of utmost importance to his administration.

Buhari said this on Thursday when he visited the Oba of Benin, Oba Ewuare II, in his palace in Benin.

Buhari said the rehabilitation and construction of roads was well captured in the budget.

He said he would pressurise the ministry to expedite action to execute the project.

He noted that much had been achieved in the agriculture sector, adding that the Federal Government also gave soft loans to farmers, to ensure food security.


Buhari, however, promised to do his best to restore and stabilise power supply in Edo.

According to the President, electricity is very important to the economy, adding that power supply is a critical issue.

He also promised to look into the Oba Ewuare’s recommendations on security, and work harder to secure the country.

He commended the Oba of Benin for mobilising traditional rulers to stabilise the polity.

Earlier, Oba Ewuare commended the President for the fight against corruption and for curtailing the activities of Boko Haram insurgents in the North-East, as well as other notable achievements of the Buhari administration.

However, the Oba said much still needed to be done to guarantee security of lives and property of Nigerians.

Ewuare said as chairman of the traditional rulers, they were concerned about the outcome of the 2019 general elections.

He said that meetings were held with the traditional rulers in the kingdom and the communities were directed to offer prayers and sacrifices to avert violence and bloodshed in the country.

The Oba said they equally cautioned politicians against use of weapons or youths as thugs to disrupt the electoral
process.

Oba Ewuare also appealed to the Federal Government to intensify efforts at the dualisation of the Benin-Auchi-Lokoja highway, to make the movement of goods and services easier as well as save the lives of motorists on the busy road.

The Oba also commended the President for the encouragement given to the oil-producing host communities.

Gov. Godwin Obaseki, also commended the President and appealed to the Oba to thank President Buhari for the support given to him.

Obaseki said as a result of his support he was able to achieve more as governor. (NAN)