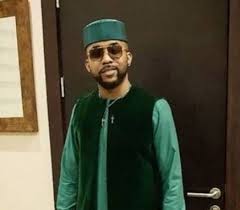 Popular singer, Bankole Wellington, a.k.a BankyW, has appealed to his fans, friends, well-wishers and supporters of his political party, the Modern Democratic Party, to support his ambition to run for a seat in the Federal House of Representatives in the forthcoming general election.

The singer turned political aspirant, whose campaign posters were reportedly destroyed by unknown vandals in parts of Lagos some weeks ago, made the appeal via the social media on Tuesday.

Writing on his Twitter handle and Instagram page, Wellington recounted how his wife initially reacted when he sought her blessing to run for a political office.

He said, “My wife’s immediate reaction was one of intense worry. She had said, ‘I know you and I know you will do an incredible job in office, but politics in Nigeria is dirty and dangerous. And I don’t want anything to soil or harm you.’

“She was right. Politics in Nigeria is dirty and dangerous, but that is because the good people have almost always avoided it. Most of us won’t join a party, some of us won’t even register to vote, but we all complain about a rotten political system.  Successful, progressive, Nigerians – people who, like me, have built careers and companies, provided employment for many and who keep beating the odds to succeed – don’t ever want to get involved in politics.

“Plato once said that the punishment for not getting involved in politics is that you’ll end up being ruled by your inferiors. Now is the time for us to begin to turn that boat around. My wife gave me her blessing and support – and now I need yours. You may or may not live in my constituency, but I need your backing to reach them and win this seat.”

Wellington said that, with six weeks to the general election, he and his campaign team would need to embark on a door-to-door campaign, speaking with voters every day.

He said the team would also need billboards, more airtime on radio and television, more data for online campaign, and more visibility in the grassroots. Calling for financial contributions, which would go a long way in achieving these objectives and hosting a massive rally for thousands of young Nigerians, he said, “With your donations, your prayers and encouragement, we can pull off what will be a stunning and historical win for this entire generation of young Nigerians. This is bigger than me.

“The Modern Democratic Party is a movement for and by the young Nigerians. We believe that there is nothing and no one more powerful than the voice of the people. We also believe that it is possible to go up against the richest political machinery in our country and win. Our logo has a ladder in it, because it represents our generation’s need to climb out of this mess.

“We will use this seat as a rallying point to build from, and we will play our part to help fix Nigeria, one community at a time. We can do this, if we do it together. If we all, home and abroad, donate in the numbers, I am confident that what needs to be done is well within our reach. With your help, we WILL win. Please stand with us. Please donate. For those abroad, the GoFundMe link is in my profile. Thanks and God bless you.”