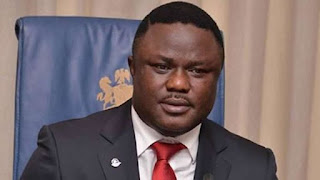 The Cross River State governorship candidate of the Alliance for Social Democrat; Pastor Charles Okoi, and his counterpart from the Mega Party of Nigeria, Chief Ofem Ubi, have alleged that the state governor, Prof Ben Ayade, tried to force them to step down for him by offering them millions of naira, which they rejected.

They made the allegation while stepping down for the governorship candidate of the All Progressives Congress, Senator John Owan-Enoh, during a rally in Boki Local Government Area.

Okoi maintained that he had vowed not to step down for anybody, saying, “But because of the great work Owan-Enoh has been doing in the Senate for the people of the Central Senatorial zone of the state, I have no option, but to step down for him.

“Let me say this that Ayade actually approached me and gave me money to step down for him, but I refused. I refused because I cannot step down for somebody, who has nothing to show in his almost four years of leadership.

“When he gave me the money, I looked at my conscience and said to myself that I could not be associated with failure and no amount of money will satisfy my conscience.  I am stepping down for Owan-Enoh willingly and I am doing so because of his pedigree.”

In his remarks, Ubi also alleged that the governor called him several times to beg him to step down and endorse him.

“But I told him that if I collected his money, my conscience would not forgive me and that our people would not want to continue with a bad government.

“The APC governorship candidate is currently the best candidate in the state and given his achievements, he is the person to take the state to greater heights,” Ubi stated.

Owan-Enoh, however, thanked the two governorship candidates for stepping down for him and promised that he would not disappoint the people of the state.

Reacting, the Chief Press Secretary to Ayade, Mr Christian Ita, said, “The allegation is unfounded. The governor is campaigning to return to power on the strength of his achievements and has no reason to bribe anybody.”