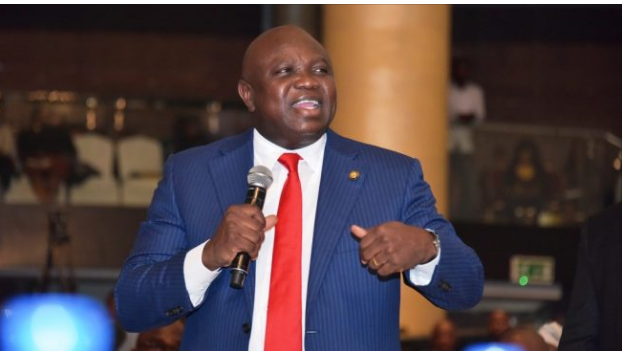 The Lagos State House of Assembly reconvened for an emergency parliamentary session on Wednesday where it declared Gov. Akinwunmi Ambode may be impeached over alleged financial infractions in the 2018 budget and the yet-to-be-laid 2019 Appropriation Bill.

The House had on Monday adjourned till Feb. 4, after summoning the governor and relevant commissioners to appear before it in seven days to explain themselves.

The lawmakers said if they failed to show up, gathering of signatures for the governor’s impeachment would begin.

Following the threat, about five different groups staged peaceful protests to the House on Wednesday, demanding that the House should desist from any attempt to impeach Ambode.

In another development, a group, the Legislative Probity and Accountability (LPA) asked the Assembly to account for the N28.8 billion allegedly collected as running cost.

Reacting on behalf of the House at a news conference after Wednesday’s emergency meeting, the Majority Leader, Mr Sanai Agunbiade said that the House was not witch-hunting Ambode, but wanted due process on the appropriation bill.

Agunbiade said that the House would apply the maximum sanction on the governor if he failed to utilise the window of one week given to him to appear before the House for explanations.

According to him, the House is doing all in the interest of the public and the tax payers’ money.

The majority leader said it was illegal for the governor to start spending budget estimates without the appropriation bill being first laid before the House.

“We are responding to various groups that have come today to appeal to the House in respect of what they heard and the seeming impasse between the executive and the House.

“We decided to correct the misconceptions and wrong information that have been fed the public.

“We wish to state clearly that today, about five groups paid visit to Lagos Assembly to plead with the House not to impeach the governor.

“The issue before us is not whether or not we want Gov. Ambode to end his tenure. He is still the governor of Lagos State and we take him as the governor.

“We want the public to know that the major issue in contention is the 2019 appropriation bill, which by now we feel should have been before the House,’’ Agunbiade said.

Agunbiade said that the House waited for the budget in December but did not get it.

The lawmaker added: “We were willing to take the budget, but we didn’t have the budget.

“We now discovered that expenditures are being incurred and warrants have been issued in respect of the budget that has not been laid before the House.

“This we found inappropriate, and before this also, we have found some infractions in the 2018 budget, where we discovered that some expenditures were made outside the budget without the approval of the House.

“We have to make these clarifications so as to let the public know that what is going on is not witch-hunting.

“We are legislators and we must do things properly. The government must be well funded; why should we be managing when we can make things work freely?

“The House of Assembly is doing all these in the interest of the state and the intent that we want Lagos to continue to flourish, but we cannot compromise the constitution.’’