2019 Election: We have no confidence in INEC, PDP cries out 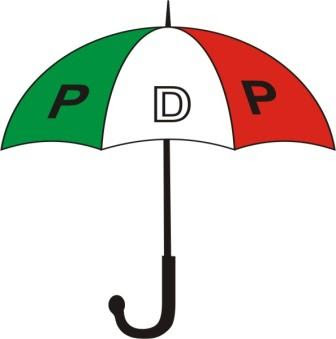 Few weeks to the 2019 general elections, the country’s leading opposition party, Peoples Democratic Party (PDP) on Saturday said it has no confidence in the ability and sincerity of the electoral umpire, Independent National Electoral Commission (INEC) to conduct a credible, free and fair election.

The party also said it has genuine information on why the controversial electoral commissioner, Aminat Zakari is been ‘imposed on the INEC chairman’ to perfect the ruling All Progressives Congress (APC) rigging plot.

The immediate past Govenor of Ekiti State, Mr Ayodele Fayose made the disclosures on Saturday in Ibadan while addressing the press at the opening of the Atiku/Obi 2019 Southwest Campaign Summit.

The delegates at the summit include the party’s candidates for the 2019 National Assembly positions from the six Southwest states as well as serving federal lawmakers.


Fayose, who is the SW Coordinator of the Atiku/Obi Presidential Campaign Committee however while expressing confidence that the PDP will win the forthcoming election, even if it is with 38 percent votes noted that the issues being generated by the appointment of Zakari’s is a moral burden for both the electoral umpire and APC Presidential Candidate for the election.

He added that the party’s lack of confidence in INEC is as a result of the actions and outcome of elections conducted across the country in the last three and a half year by the commission.

“I want you to recall that we started with inconclusiveness. That was the pattern and when the outcry was unbecoming and becoming embarrassing to them and for them, they took another style in Edo. It came like that to other states in the West on and on like that.

“One thing I want to say to you, I would not talk about the past but I want to say that, it is now a moral burden for a party and a president that came out of concession from a man who was in a position that could make it impossible at the time.

“Many Nigerians could not expect a Jonathan in the 21st century, a Nigerian, an African who would say no and not concede, but the man conceded honorably and he said his presidency is not worth the blood of any Nigeria.

“This government of APC truly is an inconclusive government that I have ever seen. You cannot see anything good in any INEC overseen by the current leadership of this country. What you saw in the last few days by the appointment of Aminat Zakari is a moral burden.

“They said the PDP appointed Aminat Zakari. Yes it was, at the time President Buhari was not a candidate at the time. And it shows that President Jonathan was honorable, taking and accepting somebody from the camp of his perceived opponent to be in INEC. Like I said, this election is a moral burden for them.

“If you go to court and you ask the court not to try you because you believe you will not get justice with the judge, the judge will honorably close the file and send it to the CJ. This is an election involving President Buhari directly as the President of Nigeria. There are so many commissioners in INEC, why must it be this woman everybody is complaining about?

“INEC should please; they have told the whole world that they would do a credible election. It amazed me most that the INEC chairman announced that the woman is the person to collate but sent another text entirely different to cover up to the press and say, she is only to provide the environment because the outcry was becoming embarrassing. That is not the only commissioner there, and let all other political parties too bring somebody in the situation room.

“It is not a hidden agenda. So I won’t be surprise if the Oyo state REC is doing what he is doing or saying what he is saying, we all know how they came, they will be going around and saying PDP was doing this and that. The thing was not what PDP was doing.

“You told us you wanted a clear departure from the past, you told us you wanted to clean the mess of the past, is this how to clean the mess? This is a moral burden. Will it not amaze and surprise you that the presidency came out to defend INEC who is supposed to be an Independent National Electoral Commission but they are now Presidential Independent National Electoral Commission (PINEC). It is a moral burden and we want everybody to know where the problem is likely to come from.

“Election has not started, PDP and some political parties are saying no, they don’t want this, if I were INEC, I will be honorable and do justice.”

According to the ex-governor, Zakari was brought in as INEC commissioner as the last resort when it is obvious that all odds are against the APC to win the forthcoming election, saying “let me now tell you why they brought Aminat Zakari now.

“In 2014, they brought the entire pooling booths in the whole of Borno to Maiduguri where a Jonathan, a Christian from the South, where readily and most people there cannot stand up for PDP at the time.

“Today, that is not going to be easy for them. And they gave them that security report and now they realized that they cannot trust the INEC chairman himself again, they now told the INEC chairman that the only option left for them (APC) to believe he (INEC Chairman) is with them is to go and announce Aminat Zakari as collation officer. That meeting took place at the First Lady’s Chambers in Aso Villa. Don’t ask me how I got to know that one; it is not your business.

“That was how the INEC chairman agreed to make sure that they announced that lady’s name. I will give other revelations later. I don’t want to say everything today. So, I am not surprised at what any of these RECs are doing. I am not surprised.

The Southwest Coordinator while describing the tradermoni initiative of the Federal Government as ‘re-looting the returned Abacha’s loot’, expressed optimism that the party’s victory at the Presidential polls will help re-shapen the various interest and political parties ready to work for and with the party in other elections.