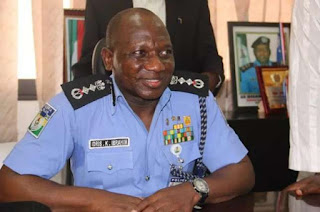 The Inspector General of Police, Ibrahim Idris, said yesterday that police undercover operatives will infiltrate the ranks of political parties and their associates in order to frustrate vote buying in the 2019 general elections.

The police revelation came as chairman of the Independent National Electoral Commission, INEC, Prof. Mahmood Yakubu, said the commission would deploy devices to track election finance so that politicians and their political parties would not go beyond its required expenditure limit.

Both spoke at the Transition Monitoring Group, TMG, stakeholders’ roundtable on 2019 general elections, tagged “Political Corruption and other Emerging Issues”, organized in collaboration with Christian Aid, V2P and Hope Givers Initiative in Abuja.

The police boss, who listed potential threats to the 2019 polls to include vote buying, militant groups, rigging, acts of thuggery, hooliganism, flashpoints of electoral violence, ballot box snatching and small arms and light weapons, also disclosed that to checkmate the activities of thugs, profiling of their leaders, sponsors sympathisers and locations was ongoing.


Idris, who was represented by the Commissioner of Police, Federal Operations, CP Kenneth Ebrison, said: “In the case of vote buying, undercover operatives will infiltrate the ranks and file of the political parties and their associates to frustrate the emerging menace.

“As it affects flashpoints and ballot box snatching, a comprehensive study of all previous elections has been conducted to nip this in the bud.

“Also, threat analysis carried out will ensure that tactical intelligence response and technical unit personnel will be deployed to all the six geopolitical zones and state commands before the commencement of the elections.

“This is anchored on the establishment of standard operations procedure and security arrangements for a secured,free and fair 2019 general elections.

“The Nigeria Police Force shall discharge its duties professionally, proactively, in approachable manner and manifestly demonstrate impartiality and fairness in the forthcoming 2019 general elections.”

On his part, INEC chairman, Mahmood Yakubu, while regretting that over the years, campaign finance laws and regulations had been more obeyed in the breach, said the commission had reviewed the development and as a result, redesigned its campaign finance tracking and reporting forms that will be used by political parties, candidates and monitors, essentially splitting the forms to make them less wieldy and cumbersome to complete.”