US designates Boko Haram as ‘entity of particular concern’ 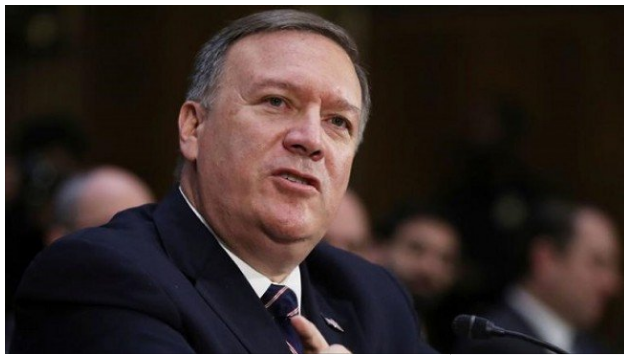 The US has designated Boko Haram as an “entity of particular concern”.

NAN quoted Michael Pompeo, US secretary of state, as saying this in a statement on Tuesday.

Boko Haram was put in the same category as Islamic State of Iraq and Syria (ISIS), al-Qa’ida and al-Shabab.

Many lives have been lost and several displaced as a result of the activities of Boko Haram in 2018 alone.

Pompeo said Saudi Arabia, Iran, Burma, North Korea, among others are countries of particular concern, while Comoros, Russia, and Uzbekistan were put on a special watch list.

The US secretary of state expressed concern that people in different countries across the world people face harassment, arrests and death for living their lives in accordance with their beliefs.

“On November 28, 2018, I designated Burma, China, Eritrea, Iran, North Korea, Pakistan, Sudan, Saudi Arabia, Tajikistan, and Turkmenistan, as Countries of Particular Concern under the International Religious Freedom Act of 1998 for having engaged in or tolerated ‘systematic, ongoing, (and) egregious violations of religious freedom,” he said.

“I also placed Comoros, Russia, and Uzbekistan on a Special Watch List for governments that have engaged in or tolerated ‘severe violations of religious freedom.

“Finally, I designated al-Nusra Front, al-Qa’ida in the Arabian Peninsula, al-Qa’ida, al-Shabab, Boko Haram, the Houthis, ISIS, ISIS-Khorasan, and the Taliban as entities of particular concern.

“The United States will not stand by as spectators in the face of such oppression. Protecting and promoting international religious freedom is a top foreign policy priority of the Trump administration.

“In July, I hosted the first-ever Ministerial to Advance Religious Freedom, which brought together some 85 like-minded governments and more than 400 civil society organisations to harness global attention and motivate forceful action to advance respect for the human right of religious freedom.”

Pompeo said safeguarding religious freedom is vital to ensuring peace, stability and prosperity across the world.

“These designations are aimed at improving the lives of individuals and the broader success of their societies,” he said.

“I recognise that several designated countries are working to improve their respect for religious freedom. I welcome such initiatives and look forward to continuing the dialogue.

“The United States remains committed to working with governments, civil society organisations, and religious leaders to advance religious freedom around the world.”