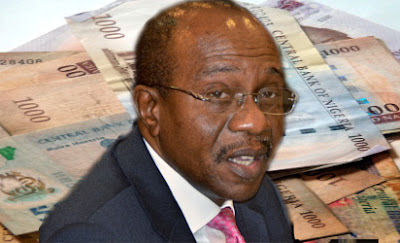 He said the reductions in food import were recorded on rice, fish, milk, sugar and wheat, adding that the policy would be maintained.

He said, “Noticeable declines were steadily recorded in our monthly food import bill from $665.4m in January 2015 to $160.4m as at October 2018; A cumulative fall of 75.9 per cent and an implied savings of over $21bn on food imports alone over that period.

“We are glad with the accomplishments recorded so far. Accordingly, this policy is expected to continue with vigour until the underlying imbalances within the Nigerian economy have been fully resolved”

Emefiele said this at the bankers’ dinner in Lagos.

“We have maintained a particular focus on supporting farmers, entrepreneurs as well as small and medium scale businesses, through our various intervention programmes such as the Anchor Borrowers Program, Nigeria Incentive-Based Risk Sharing System for Agricultural Lending and the National Collateral Registry,” he added.

According to him, the CBN recently introduced the Real Sector Support fund; a facility meant to provide cheap funding at no more than nine per cent to new projects in the agriculture and manufacturing sectors; aimed at boosting output and creating jobs.

In the agriculture sector, he added that the Anchor Borrower Programme, had ensured that Nigeria emerged from being a net importer of rice to becoming a major producer of rice, supplying key markets in neighbouring countries.

As of October 2018, he said, a total number of 862,069 farmers cultivating about 835,239 hectares, across 16 different commodities, had so far benefited from the Anchor Borrowers programme, which had generated 2,502,675 jobs across the country.

“It is in light of the success of the Anchor Borrowers Program with regards to cultivation of rice and maize that the Monetary Policy Committee in its last meeting on the 21st of November, 2018 recommended that the Anchor Borrowers program be applied to other areas such as palm oil, tomatoes and fisheries to mention a few,” said Emefiele