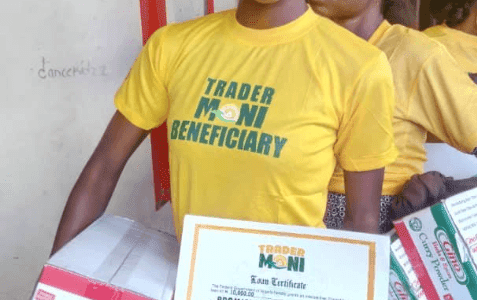 Hoodlums yesterday invaded the Mandate Market in Ilorin, Kwara State, to disrupt the disbursement of money to beneficiaries of the TraderMoni.

They scared away petty traders and agents of the scheme.

As early as 9am, the suspected hoodlums stormed the Mandate Market, insisting that the TraderMoni scheme cannot be implemented in the market built on a land donated to the state government by the Senate President Bukola Saraki’s father, the late Olusola Saraki.

According to witnesses, including Bank of Industry (BOI) officials who were at the market to supervise the enumeration and disbursement of the N10, 000 collateral free loans, the arrival of the mob at Mandate Market caused some uproar.

The suspected thugs also intimidated the petty traders who had lined up to participate in the programme. Many of the traders were palpably annoyed and refused to leave the market. Calm was restored with the intervention of the police.

At the Ipata Market, where enumeration and disbursement of the TraderMoni loans were also going on, market leaders reportedly rebuffed pressure from some officials of the state, urging them to shun the enumerators. The programme went on without incident.

Officials of the Bank of Industry (BoI) told reporters that enumeration had been going on in the two markets in Kwara State in the last few days, without incident until yesterday.

Vice President Yemi Osinbajo is expected in the markets today.

TraderMoni, which is part of the Federal Government’s Social Investment Programme (N-SIP) under GEEP, is designed to assist petty traders across the country expand their trade through the provision of collateral and interest-free loans from N10, 000.

The loans are repayable over a period of six months at which point the traders on repayment will receive a fresh N15, 000 loan, which rises to N20, 000 when repaid.

The microcredit scheme, which has since been formally launched nationwide and the FCT, is expected to reach two million petty traders by the end of the year.