Thousands protest in Turkey against rising cost of living 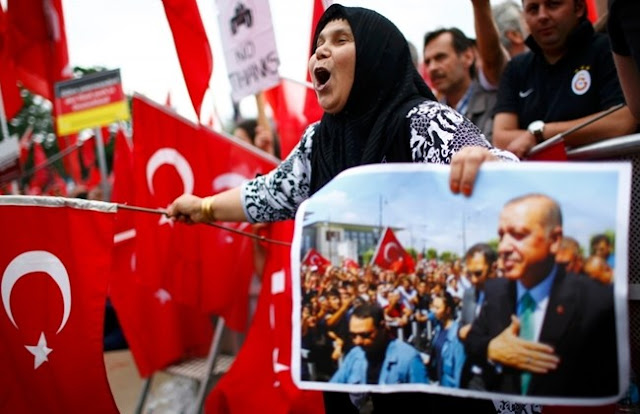 Thousands of people turned out to protest the rising cost of living in Turkey at a demonstration in Diyarbakir in the southeast of the country, an AFP journalist reported.

There was a significant police presence in the Kurd-majority region for the march, which was organised by the KESK, a confederation of public service workers unions, in response to sharp price rises in recent months.

They were also demanding the reinstatement of tens of thousands of public sectors who were sacked after the failed July 2016 coup against President Recep Tayyip Erdogan.

Turkey’s economy has been suffering from the plummeting value of the Turkish Lira, a casualty of the diplomatic strains with the United States this summer and of market nervousness towards the government’s economic policy.


Inflation surged to 25.24 percent in October, a 15-year high, before dropping back to 21.62 percent in November — but ordinary people are feeling it in their pockets.

Some of the demonstrators praised the “yellow vests” protests in France, which started in response to fuel price rises but broadened out into anti-government protests.