Shagari would have industrialized Nigeria if not 1983 coup – NLC 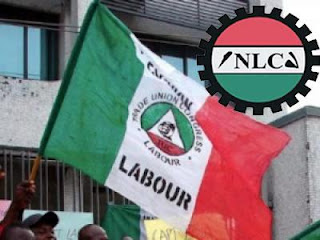 The organised labour, Sunday, mourned the demise of Nigeria’s first executive president, Alhaji Shehu Shagari, saying that the country would have been industrialized if not the 1983 coup that sacked the Shagari’s government.

President Muhammadu Buhari took over government after the coup that dethroned the civilian administration led by Alhaji Shagari.

In a statement in Abuja, the organised labour through the President of the Nigeria Labour Congress, NLC, Comrade Ayuba Wabba, noted with delight that the late Shagari signed into law the National Minimum Wage Act of 1981 that provided for a new national minimum wage of N125 which was equivalent to about $200.

The statement read, “We at the Nigeria Labour Congress would like to join the Nigerian government, world leaders, family members and other Nigerians in mourning the death of Alhaji Shehu Usman Aliyu Shagari, Elder statesman and first Executive President of the Federal Republic of Nigeria.
“As President, Shagari, as he was popularly known, was humble, personable, considerate and broad-minded, some of the reasons that explained his popularity amongst the ordinary people.


“Shagari initiated some of the landmark projects including iron and steel and petrochemicals in his quest to make Nigeria an industrial hub.

“Not a few hold the view that but for the coup that removed him from power in 1983, unceremoniously cutting short his second term, Shagari would have seen through his vision of a highly industrialised Nigeria.”

Commenting on the former President’s life style, Wabba said, “We similarly hold the view that given his urbane and simple and straight forward life style, Shagari would have built an enduring culture of democratic succession in spite of some of the disputed elections in his time.

“However, Shagari was blamed for not exercising requisite control over some of the rambunctious and corrupt members of his cabinet or party, a fact not a few, today, believe was largely responsible for his removal from power.

“Amazingly, his removal did little to diminish his towering stature as no act of corruption or wrong doing was traced to him.

“Thus, in retirement, he was both a respected voice of moderation and wisdom from which succeeding leaders befitted till death took him away.

“For us at the Nigeria Labour Congress, Shagari, in spite of having come to power on an ideological platform that was manifestly different from the one we subscribed to, holds a special place in our hearts. For instance, he signed into law the National Minimum Wage Act of 1981 that provided for a new national minimum wage of N125 which was equivalent to about $200.

“It took more than deft move and political will to execute this. It took the milk of human kindness in Alhaji Shehu Usman Shagari and his deep appreciation of the dignity of labour and value of the human life to do this.

“One of his other legacies was a national housing scheme, a component of which was the building of low-cost houses for workers across the then 19 states of the federation

“In light of his contributions to national development, peace in the land, and welfare of workers, Shagari remains a national hero, patriot, and a distinguished gentleman.

“He never for a moment allowed the allure of office to becloud his judgement, especially about the objective conditions of workers. The good he has done shall therefore not be interred with him but shall live after him.

“It is reason why we join others in mourning this great patriot and nationalist.

“We do hope his death will offer us all an opportunity to reflect not only on our mortality, but our life in office, actions or decisions taken in power.

“Fare thee well, Alhaji Shehu Usman Aliyu Shagari. To live in the hearts of those who love you, is not to die. Your deeds shall continue to live after you.”