Senator Marafa speaks on dumping APC, reveals what he’ll do to Gov. Yari 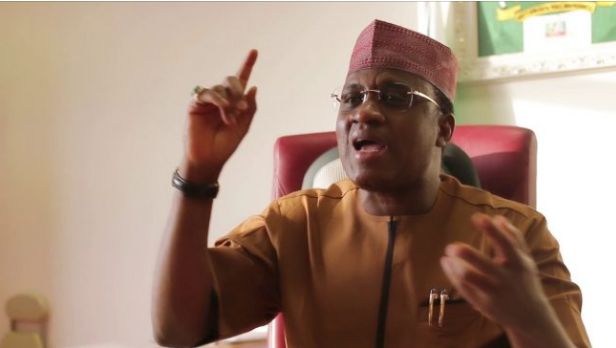 Zamfara State governorship aspirant on the platform of the All Progressives Congress (APC), Senator Kabiru Marafa has vowed not to dump the party but support the reelection bid of President Muhammadu Buhari as well as fight alleged injustices by Governor Abdulaziz Yari.

The Senator made this known on Friday night in a statement issued to journalists in Abuja.

He challenged Gov. Yari to go to another party with all his anointed candidates and contest if he (the governor) believes he is popular.

Marafa’s position is coming few hours to the December 1 deadline for the substitution of governorship candidates set by the Independent National Electoral Commission (INEC).

The statement reads: “I will remain in the APC to support and lead President Buhari’s 2019 re-election campaign in Zamfara State and to ensure that Governor Yari fail woefully in his attempts to perpetrate injustice and impose his moles as candidates of the party in the state.

“The facts are clear that, Gov. Yari has failed woefully and has lost the popular support of the people, he can’t win any election in Zamfara today, he therefore choose to hide under the Federal might to perpetrate criminality using his 8,500 recruited ‘vigilante’ to rig the elections in his favour and his co-travellers.

“We say no to that. I am going to remain in the APC to ensure that he and his cohorts are effectively retired.

“We have come this far together with all the people of Zamfara state, they have expressed there desire for change, they have given us their maximum support, and they have rejected Yari and all his chosen candidates. They have sacrificed their lives and health, some were killed while many others were injured during the botched and make-believe primaries in the state, all courtesy of Gov Yari.

“Having failed in his cruel attempt to impose his candidates through dubious means, he now wants to use the instrumentality of the Courts to legalise his illegalities. We will block him and let him know that Courts aren’t places for dumping of charade.

“Yari organised and conducted illegal, make-believe primaries in absolute violation of a subsisting court order and the directive of our party’s National Working Committee (NWC). He thereafter ran to court to give his illegalities a legal backing, forgetting that our courts are not rubber stamp. Courts are homes of equity and if you are going to the courts, you must go with clean hands,” he said.

While thanking the people of the state for their maximum support and cooperation to him, Marafa said his decision to remain in the APC, despite all pressures, was in appreciation of their tremendous support and in their best interest.

He also commended the National Chairman of the APC, Comrade Adams Oshiomhole for respecting the court order, supporting the people’s choice of direct primaries and ignoring pressures from all quarters.