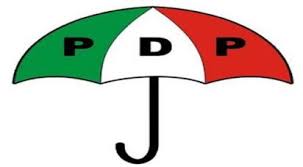 Senator representing Lagos West, Olamilekan Adeola on Thursday urged Nigerians to give the All Progressives Congress the needed support to fix challenges confronting the country.

Adeola gave the advice in Lagos while speaking at a meeting with traditional rulers in his senatorial district.

He said some of the problems facing the country were inherited by the current APC administration.

Adeola said that the PDP nearly ruined Nigeria with incompetent leadership , but the APC was making sincere efforts to reposition the country.


“People talk about the problems in the country but we have to understand that the present challenges of the country were not caused by the APC but inherited from the PDP.

“For 16 years , the PDP delivered nothing but bad governance ; in fact , they almost destroyed the country. So , the mess created in 16 years cannot be fixed in three years.

“The truth is that the Buhari - led administration has made steady progress in the last three years . And Nigerians can bank on the government to address all the issues to make life better for all, ” he said.

Adeola said the promise of the PDP , particularly its presidential candidate , Alhaji Atiku Abubakar , to make things better for Nigerians was an empty one.

He said before Atiku ’ s promise to turn around the country could be taken seriously , Nigerians should ask him to list his achievements as Vice - president under PDP.

Adeola urged Nigerians to be wary of Atiku, saying his plan to sell some national assets if elected should scare all patriots.