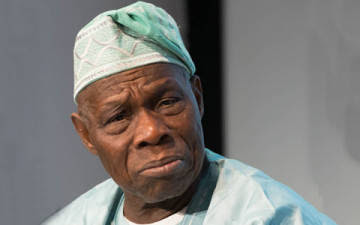 Ahead of the 2019 general elections, former President Olusegun Obasanjo on Saturday urged Nigerians to vote for credible candidates who will drive growth and development.

The former president, who said he would not campaign for any particular candidate, urged Nigerians to vote wisely.

The Chairman of the Supreme Council of Owu Obas, Oba Hammed Oyelude, said Owu being the largest Yoruba speaking ethnic group in the South West Zone had been contributing to policy development in the country.


Oyelude, who is the Olowu of Owu Kuta, said the Royal Union of Owu People had been contributing to policy development in the country.

He called on Owu people to participate in politics in order to contribute to national development.

Oyelude also called on indigenes of Owu to support and vote for any indigene contesting for any political office.

Dignitaries present at the occasion included Owu monarchs as well as indigenes of the ethnic stock. (NAN)