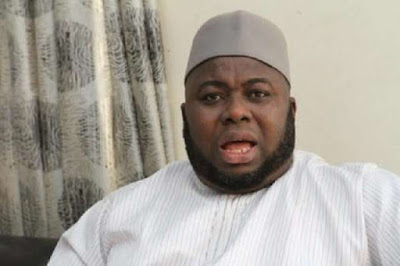 The Indigenous People of Biafra, IPOB, has defended its leader, Mazi Nnamdi Kanu, in the row he has with ex-leader of Niger-Delta militants, Asari Dokubo, over the boycott of 2019 elections.

IPOB deputy leader, Uche Mefor, in a statement yesterday said the pro-Biafra group was not interested in Dokubo’s ‘lectures’ on how to achieve its objectives.

Recall that Nnamdi Kanu had urged IPOB supporters and sympathizers in the two geopolitical zones of south east and south south to shun the 2019 general elections unless the Federal Government announced a date for Biafra referendum.

But Asari Dokubo expressed disagreement over the call for the boycott of the 2019 general elections by Nnamdi Kanu, arguing that heeding Kanu’s advice was suicidal since it would be tantamount to empowering those opposed to the Biafra aspirations with resources from the national treasury to frustrate the people’s struggle.

He went further to point out that pro-independent agitators in Spain, Ireland and Palestine contested elections and won seats into political offices in a bid to push their agenda rather than boycott general elections in their respective nations.

Picking holes in Dokubo’s argument, Uche Mefor, said: “Whether Catalonia, Scotland, Northern Ireland, Hamas, used election to control their territories or not, that is their business. Their examples are incongruent and serves no purpose in our circumstance as it stands. On our part, IPOB has taken a decision to use civil disobedience manifesting in so many ways including election boycott and that we must do.

“We do not believe in the recalibration nor extinguishing of our averred principles on the altar of political expediency and certainly, don’t need any lectures on what or how to go about the path we have chosen.