Fury: I believe I won this Fight – Wilder 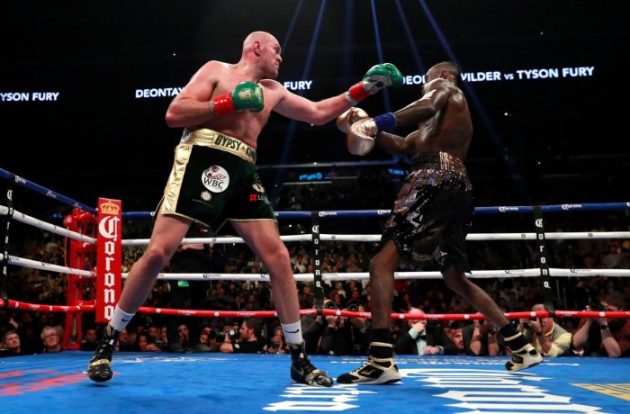 In a post-match interviews, both fighters are claiming victory, but Fury said he was 100 percent certain of doing a rematch.

“We’re on away soil, I got knocked down but I still believe I won the fight. I’m showing total professionalism. Thank you for the opportunity , God bless you.

“The Gypsy King has returned. God bless America. I’m a professional athlete who loves to fight. He is a fearsome fighter. The world knows the truth. Thank you to every fan around the world,” Fury said.


Fury added: “I’m a fighting man and Jesus has his control over me so I was never going to get knocked out. I came here tonight and fought my heart out. That is the second best heavyweight apart from me. We are both going home to our family safe.

“I’ve been away from my family for 10 weeks and just want to spend some time with them over Christmas. One hundred per cent we will do the rematch. We’re the best two heavyweights in the planet. There is another heavyweight who is a chicken. (Anthony) Joshua where are you?”

But replying, Wilder said “With the two knockdowns, I definitely won the fight. I don’t think he had control. I wasn’t hurt. I did not sit still, I was too hesitant, I started overthrowing the right hand. I was forcing my punches too much.

“I don’t know if it (a rematch) will be my next fight but would love it to be. We need to do it again.”