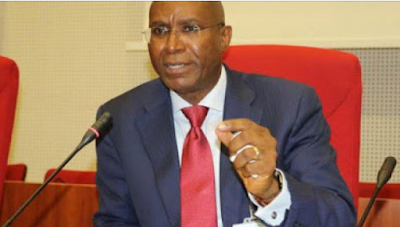 The lawmaker representing Delta Central at the upper chamber of the National Assembly, Ovie Omo-Agege has revealed that the ECOWAS Protocol on Democracy and Good Governance forbids President Muhammadu Buhari from signing the Electoral Act (Amendment) Bill

According to News Agency of Nigeria, NAN, the All Progressives Congress, APC, lawmaker gave this insight in Abuja on Friday night.

Article 2 of the protocol forbids member countries from making “substantial modification” to their electoral laws less than six months to elections “except with the consent of a majority of political actors”.

Omo-Agege, who is a staunch supporter of the President, noted that with the elections less than three months away, signing the bill would violate the ECOWAS instrument.

Omo-Agege said, “I have yet to see the president’s letter to the Senate, but this bill means so much to Mr President. On a good day he would want to sign it.

“However, without even seeing the reasons he has advanced so far, I am aware of the challenges posed by the ECOWAS protocol.

“I don’t know if that is part of the reasons he has advanced, but with the bill coming two months or thereabout before the election, assenting to it will breach the protocol.”

NAN reports that Buhari did not mention the ECOWAS instrument as part of his reasons for declining assent to the bill for the fourth time.

The president’s latest decision came in a letter dated Dec. 6, 2018 and addressed to both chambers of the National Assembly.

He said signing the amendment bill with elections close by could “create some uncertainty about the legislation to govern the process”.

“Any real or apparent change to the rules this close to the elections may provide an opportunity for disruption and confusion in respect of which law governs the electoral process,” he stated.

Buhari, therefore, asked the National Assembly to specifically state in the bill that the amended Electoral Act would come into effect after the 2019 general elections.

Reacting to the development, Sen. Peter Nwaoboshi, who represents Delta North on the platform of the main opposition Peoples Democratic Party (PDP), said the reasons given by the president were “untenable”.

“It is not a good reason for him not to sign the bill because the Senate worked with INEC (Independent National Electoral Commission) in preparing that bill.

“If INEC felt otherwise, they would have advised us when we were working on it.

“You are aware of the controversy that this issue of amendment of the act has generated, with people accusing the Senate of not wanting to amend the act.

“We amended it, but he declined assent the first, second and third time; he made certain observations, which we agreed with.

“We sent it again, and the reason he is giving now is that it will disrupt the election. It is really unfortunate,” he said.