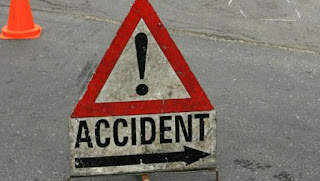 No fewer than eight persons were feared killed yesterday afternoon when two vehicles rammed each other into a river along the ever-busy NPA Expressway in Warri, Delta State. Eyewitness accounts claim the two vehicles were moving on the same lane of the dual carriageway, around the Ekpan community axis of the expressway when the accident happened.

It took the intervention of sympathisers as well as officers and men of the Nigeria Police Force from Ekpan Divisional Headquarters, to recover the corpses and evacuated the vehicles from the scene of the incident. When reached for confirmation and comments, the spokesman of the Delta State police command, DSP Andrew Aniamaka, said he was yet to get a situation report on the development, although he has been informed about it. “Yes, I have heard about it, but I am yet to get a situation report from the new Ekpan DPO. We will have to talk later,” Aniamaka said.