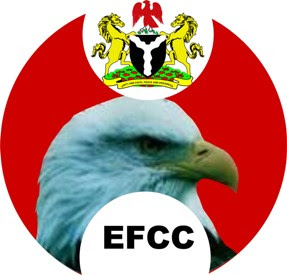 Four members of staff of the Dangote Group were on Thursday arraigned before an Ogun State High Court by the Economic and Financial Crimes Commission, Lagos Zone, for alleged N15m fraud.

According to the EFCC, a petition was received from the company that Dalmeida, a fleet analyst, whose job schedule included monitoring, tracking and reporting trucks of Dangote Cement, Ibese plant, connived with the chief driver of the company, Lawal, and a Ghanaian driver, Adam, and Olaniba, who worked as an agent at the Nigerian-Benin border, to defraud the company of N15m.

It was gathered that the defendants diverted nine trucks carrying 800 bags of cement each, valued at over N15m, which were meant to be delivered to the company’s customers in Togo.


According to the EFCC, the defendants perpetrated the act through fake identity cards and truck number plates.

The charges read, “That you, Adewale Dalmeida, Ibrahim Lawal, Afeez Olaniba and Lukman Adam, between May and August 2018 at Ibese, within the jurisdiction of this honourable court, conspired among yourselves to commit felony, to wit; stealing of the sum of N15,940,800.00, property of Dangote Cement Plc.

“That you, Adewale Dalmeida, Ibrahim Lawal, Afeez Olaniba and Lukman Adam, between May and August 2018 at Ibese, within the jurisdiction of this honourable court, stole nine trucks of cement valued at N15,940,800.00, property of Dangote Cement Plc.”

The accused pleaded not guilty to the charges.

In view of their plea, the prosecution counsel, Idris Mohammed, applied for a trial date and urged the court to remand the defendants in prison custody since there was no application for bail before the court. He opposed remanding them in the EFCC custody.

Justice Bamgbose ordered that the defendants be remanded in the Ibara Prison, Abeokuta, and adjourned till December 17, 2018, for hearing of the bail application and commencement of trial.