Ebonyi APC Gubernatorial Candidate Kicks off Campaign In The Church 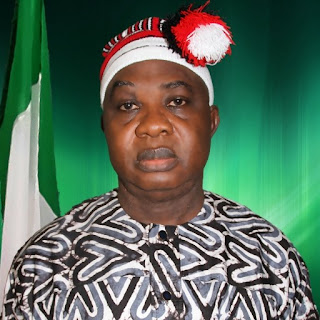 The Governorship candidate of the All Progressives Congress (APC) in Ebonyi State, Sen. Soni Ogbuoji on Sunday dedicated his governorship campaign to God at the Assemblies of God Church, Mbieri Street, Abakaliki.

According to him, the greatest need of a politician is security and not money, adding that he chose to kick off the campaign in a church service in order to seek God’s protection and security.

He said that power belongs to God adding that any power obtained outside of God would not be used in the service of the people.

He added that nothing would even come to fulfillment without God’s endorsement.

He expressed confidence in the victory of APC in the governorship race, saying that his administration would correct the mistakes of the present People’s Democratic Party (PDP) led government.

“We shall restore sanity, restore the dreams of our founding fathers, fight the merchants of poverty and violence.

“So, we have come, my team and I to obtain mercy from God, so pray for us for God to give us divine protection and victory at the end,” he added.

Meanwhile, the officiating Minister, Rev. John Ezeugo, who spoke on the theme ‘The Thing That Matter,’ said that any power, financial, political and any power that is not of God is vanity.

He urged politicians to use power to serve those who elected them into authority rather than misuse power and authority.

He said: “Don’t be happy with the things you have achieved, but thrive to do good and not to amass wealth and trample on the poor and powerless.