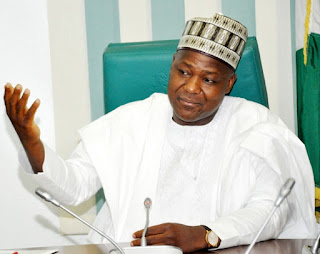 ‎The Speaker, House of Representatives, Yakubu Dogara, has stood down a bill seeking to restrict children of government officials to public schools.

Dogara, who noted that the bill was presented over a year ago, stood it down based on the demand by members.

During the second reading of the bill at the plenary on Wednesday, the sponsor, Mr. Sergius Osei Ogun, rose to lead the debate ‎on the bill; but another member, Mr. Ozioma Abonta, raised a point of order to say that the aim of the bill might infringe on the rights of Nigerians.

The Majority Leader, Mr. Femi Gbajabiamila, agreed with Abonta that it might prevent Nigerians from exercising their rights of choice, movement, privacy and family life, among others.


Dogara had ruled that the bill be stood down and referred to the Committee on Ethics and Privileges for a review.

Ogun, who was angered by the ruling, threatened to address the media and embark on a road show over the bill.

Responding, Dogara said, “We wish you well;” adding that members would attend the road show.