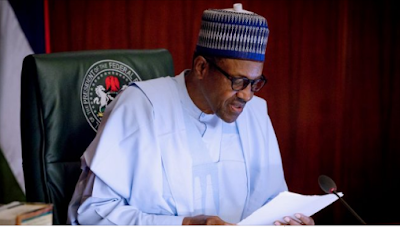 Governor Atiku Bagudu of Kebbi State yesterday stated that there was no basis comparing the achievements recorded by the President Muhammadu Buhari administration and what the presidential candidate of the opposition Peoples Democratic Party (PDP) Alhaji Atiku Abubakar is promising Nigerians.

Governor Bagudu stated this while speaking to State House correspondents after a meeting behind closed doors with the chief of staff to the President Abba Kyari at the presidential villa, Abuja.

In apparent reference to the PDP presidential candidate, the Kebbi state governor said what President Buhari has achieved and what has been outlined for the second term was not comparable.

Responding to a question on the crowed that attended the campaigns of the PDP presidential candidate in Sokoto on Monday, the Kebbi governor said “I don’t know what you mean when you said you saw crowd there because many people have different interpretations.


“And like I said, President Buhari is running on his own record. Within the last ten days, the next level agenda was disclosed showing what has been achieved and what the second term will usher and that I believe has resonated with Nigerians and there is no comparison.”

The governor noted that Kebbi State remains one area to showcase the achievement of the President Buhari Government in the last three and a half years.

“We believe that President Muhammadu Buhari is running on his record and Kebbi state is one of those states that is very proud of the policies that had been put in place. It has helped the state to achieve gross in output, gross in income, better security and more transparency in the management of our revenue.

“So all the three elements that President Muhammadu Buhari promised in his campaign, we have seen the benefits in Kebbi State. So as a result, we are a welfare and transparent State.

“The generality of the people of Kebbi State are united under one party and we are determined to lead all other states to ensure that President Muhammadu Buhari and Vice President Yemi Osinbajo are re-elected,” he said.

On preparation of the Kebbi to make rice available during the Yuletide season, the governor said “Few days ago the President was quoted at a farmers day by the oil company, Agip.

“I think I read the press statement by Femi Adesina, where President said he is working on with the National Food Security Council on ensuring that farmers, Fishermen and all those that are in the livestock sector are supported particularly on the devastation caused by the flood so that the festive season will be a better one and they can replant and compensate.

“Secondly, last year, Mr. President graciously approved an intervention where rice was sold in many markets, Onitsha, Lagos, Abeokuta, Kano for N12,000 and I am confident that the President is looking forward to making Nigerians happy.”