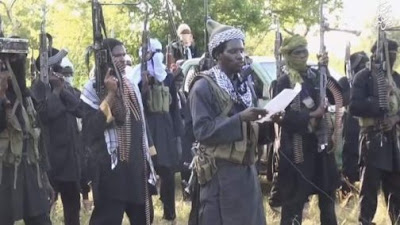 About three settlements, including a clinic funded by the United Nations Children’s Fund in Borno State have been attacked by Boko Haram.

Two of the attacks were hatched by the insurgents on Thursday in the Bama and Rann areas, while the third attack happened in Jakana on the Maiduguri-Damaturu Expressway Friday evening.

The UNICEF funded clinic was razed.

According to security sources, gunmen suspected to be Boko Haram members made an attempt to infiltrate Bama town on Thursday evening.

A security source, who confided in our correspondent, said, “The insurgents wanted to invade the town to cause havoc, but unfortunately for them, they were met by battle ready soldiers who repelled them.”

A resident of the town, Yusuf Abdullahi, told newsmen that the people of the town were suddenly woken up by the sounds of gunfire and rockets.

He said throughout the night, no one could sleep in the town as the soldiers engaged the insurgents.

In Rann, the Boko Haram were said to have destroyed the UNICEF clinic, the only healthcare centre in the town which at different times had been attacked by the insurgents.

A military source told newsmen that the Nigerian military was able to repel the insurgents after a fierce gun battle on Thursday.

A resident of the town, Yabawa Aji, in a telephone chat with newsmen with all manner of equipment and shot indiscriminately.

He said the casualties could not be ascertained yet as many fled into the bush for safety, lamenting that some of the fleeing residents were caught in the crossfire.

In a statement confirming the attack on Rann, the Chief of Communication at UNICEF, Eliana Drakopoulus, said: “Late last night, there was fighting in Rann and several structures were burned, including a UNICEF-supported clinic.