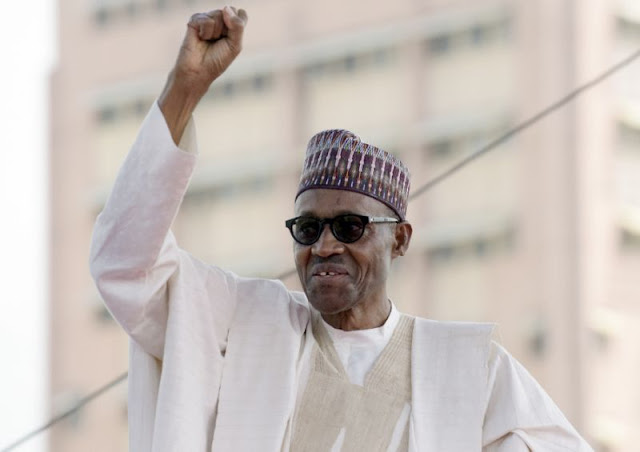 The United Young Christians Forum, UYCF, operating under the leadership of Pastor Andrew John Enenche has said that the presidential candudate of the All Progressives Congress, APC, Muhammadu Buhari and his vice, Prof. Yemi Osinbajo deserve re-election.

The group stated this after a crucial meeting on Saturday.

They endorsed President Buhari and Osinbajo for second term.

According to the group, Buhari and Osinbajo were friends of the church who deserved every support to push the nation forward.

This was contained in a statement signed by Enenche at the end of the meeting and made available to reporters in Abuja.

The statement said, “Permit us to start with a disclaimer. President Muhammadu Buhari had categorically stated that clergymen should eschew politics or lose credibility and this is a reality that we are well aware of particularly as it relate to those that turned their pulpit into soap boxes to support candidates that are known to be corrupt. So irrespective of President Buhari’s assertion Proverbs 12:17 ‘When you tell the truth, justice is done, but lies lead to injustice’ is our guide in this matter. We want justice to be done so we will say it as it is.

“We have watched development in our body polity for the past four years and we can categorically declare that the administration has favoured Christendom and advanced the propagation of the gospel, which, gentlemen, is our ultimate goal.

“In the period preceding the inauguration of President Buhari, Christianity was being contaminated with the evil of corruption. Christians in Nigeria were beginning to evolve into what the Gospels did not intend.

“The truth is that we entered into competition with the world and even challenged those in the world to a context in material acquisition; it was not unusual in those days for the testimony of brethren to be measured by the volume of wealth or material things they were able to acquire in record time without giving thoughts to how much sin has been committed to attain such worldly goods.

“Corruption even influenced the faith to the point where sermons were tailored to suit the expediency of supporting corrupt people in clear violation of our mandates. We became unwilling witnesses to men delivering their own verdicts as prophecies.

“May we also point out that one thing that is becoming extinct under the leadership of President Muhammadu Buhari is laziness. We are instructed in 2 Thessalonians 3:10 ‘For even when we were with you, this we commanded you, that if any would not work, neither should he eat.’

”People had become addicted to slush money, which perhaps explains the cry of hardship and anguish as the anti-corruption war takes hold. We are pleased that more Nigerians today have found the joy of working for their earnings, which enables them to sleep in peace.

“Beyond these, we have seen that the government of President Buhari did not neglect the needy. As opposed to the past when the poor were food for the rich, this government has through various social welfare intervention programmes comply with God’s injunction not to neglect the needy and less privileged.

“Children who would otherwise have gone hungry are fed under the school feeding programme. Women, some of them widows, have benefitted under the Trade Moni.

“The conditional cash transfer scheme is helping beneficiaries reduce the impact of poverty on their life.

“We have also seen the projects ongoing across the country, which gives hope that Nigeria will be built into a great nation, like the rebuilding of Jerusalem as recorded in the Book of Nehemiah.

“As stated in Nehemiah 2:17 we are inclined to tell Nigerians “You see the bad situation we are in, that Jerusalem (Nigeria) is desolate and its gates burned by fire (previous bad leaders).

“‘Come, let us rebuild the wall of Jerusalem so that we will no longer be a reproach.’

“We have confidence that it is President Buhari that can carry out this rebuilding. We therefore endorse President Buhari/Vice President Yemi Osinbajo whose performance has confirmed as friends of the Church and Youths of Nigeria for a second term in office.”