2019: Forget the past, vote for Sanwo-Olu’s - Ambode urges Epe Division 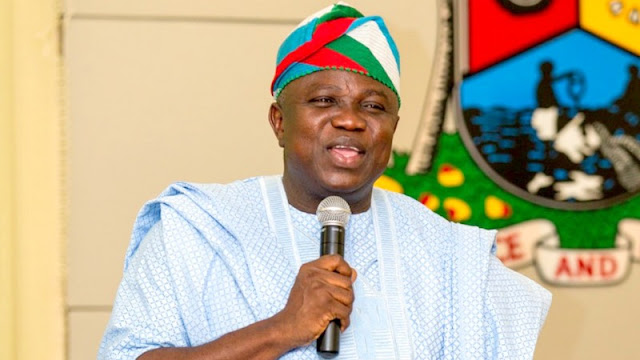 Lagos State Governor Akinwunmi Ambode yesterday urged voters in Epe Division to vote en masse for candidates of All Progressives Congress (APC) in 2019 to ensure continuation of the good works of the party at the state and federal levels.

Ambode, who spoke during a meeting with APC leaders in the division which was called at his instance, said it was time for the people to put events before and after the APC governorship primaries in the State behind and truly unite for the party’s victory.

Ambode, who is from Epe, said it became imperative for him to meet with them to let them know that all members must submit to the decision of the party.

He said: “All of us are brothers and sisters because this is a close-knit community.

“It is now time for us to work together for the re-election of President Muhammadu Buhari and election of Mr. Sanwo-Olu because Epe cannot be left behind.

“I know that in view of what happened, some people are still aggrieved but what I want you to know is that there is no way PDP (Peoples Democratic Party) will work for the development of our division like APC.

“We are also all aware that for the past sixteen years of PDP, they did not do anything in Epe division and it is only the APC that has been doing something for Lagos and for the country.

“I want to assure you Epe will benefit more if we vote for APC. All my achievements in the last three and half years will be improved upon if Sanwo-Olu wins and so I want to urge you all to come out and vote for APC because that is how we can secure the future of our children and this division.”

Also speaking at the meeting, Deputy Governorship candidate of APC, Dr Obafemi Hamzat, thanked Governor Ambode and all the leaders in the division.

He said the governor displayed unusual maturity and character which eloquently confirmed that he is a man with large heart.

“I want to thank Governor Ambode for being a man with a large and great heart.

“What you are doing is unusual and I want to assure you that you have a future and that future will be very soon.

“We will do everything to protect your interest and that of Epe division.

“Governor Ambode has done his best and we will do our best to continue his legacies and build on what the Governor has done to further develop our dear State,” Hamzat said.