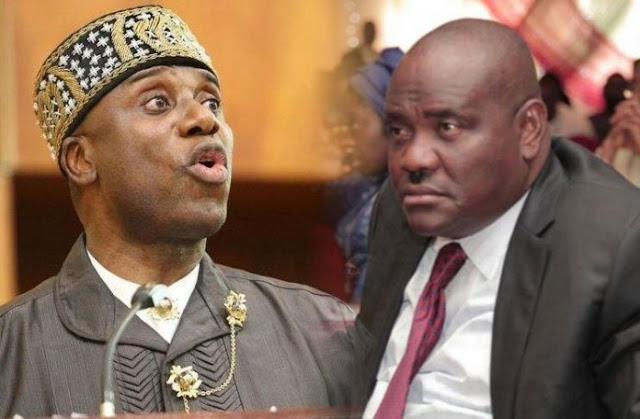 The Governor Nyesom Wike led Rivers State Government has said it would set up a judicial commission of inquiry to investigate “a large-scale fraud involving N36 billion spent by the administration of Chibuike Amaechi for the manufacturing of Auto Destruct Syringes for the state Integrated Medical Industries Limited.”

The decision was reached at the State Executive Council meeting held on Thursday in Port Harcourt, the state capital.

The state executive council accepted the recommendations of a committee headed by the Deputy Governor, Dr. Ipalibo Harry-Banigo.

A statement by the Commissioner for Information and Communications, Emma Okah, said the management of the company led by one Amenya Wokoma has been sacked.

The statement added that a new structure would be put in place pending the outcome of the commission of inquiry.

The statement reads, “The Council has also directed the Attorney General and Commissioner for Justice to take over the ongoing prosecution of Amenya Wokoma for his role in the mismanagement of company assets worth billions of naira.

“The Auto Destruct Syringe factory was set up by the administration of Dr. Peter Odili and it began production in 2009.

“Following a convoluted quest for expansion, the state government under the leadership of Chibuike Amaechi inflicted the state with aggravated financial exposure which cannot be accounted for today as the company has gone aground and N36 billion investment went down the drain.

“A fraud of N36 billion is not a tea party and the state government will stop at nothing to bring the perpetrators to justice.”