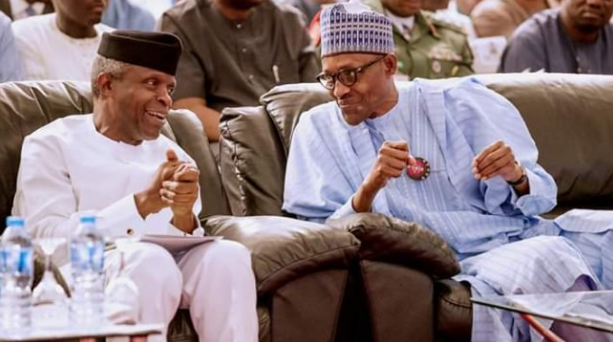 Muhammadu Buhari, the presidential candidate of the All Progressives Congress (APC), plans to establish a soft loan bank for small traders and artisans, called the People Moni Bank.

The People Moni Bank is an offshoot of the People Moni Scheme, which aims to house the Trader Moni, Market Moni, and Farmer Moni schemes, with plans to reach 10 million Nigerians.

According to the Muhammadu Buhari campaign manual and the Next Level Scorecard, the president plans to provide 24 hours of electricity for Nigerians in the next five years.

The document highlights the achievements of the Buhari administration, including ongoing projects, while stating what will be done to get to the promised land.

ON EDUCATION
The incumbent plans to “continue to implement education policy which will support the revamp of public primary and secondary schools revamp that includes setting up 10,000 smart classrooms across the country”.

“Continue to structure the education system to develop skills that are key to nation building such as hardwork, discipline, cooperation, unity, respect, honesty, service, leadership, accountability, and integrity

“Expand NHGSFP to be in all states and reach at least 12 Million children”.

ON SECURITY
On security, the Buhari government plans “to build a knowledge and technology-driven Army, the Government would take steps to encourage the smartest Nigerians to enlist in the armed forces”.

It also plans to decentralise the Police for effective policing of states and communities, while “ensuring that we derive more strategic security benefits from our relationship with our foreign partners”.

“Deploy adequate resources to mop the illegal arms in circulation in the country and stop the proliferation of arms around the country, and build one of the strongest and well-motivated fighting forces in the World.”

ON THE ECONOMY
The Buhari admin plans to continue a consistent delivery of the targets of the economic recovery and growth plan, while providing a $500 million tech fund, aimed at creating 500,00 jobs in the creative sector.

The government plans to stop the importation of petroleum products via private refineries and repair of state-owned refineries, leading to “significant increase in GDP”.

“Continue investment in the most vulnerable through the National Cash Transfer Program (NCTP) that identifies the poorest in communities and makes a monthly amount of N5,000 available to them and reach the target of 1 million poor households”.

BUILDING INFRASTRUCTURE
With infrastructure, the government plans to keep up with the projects it says it has embarked on, including, the Mambila power project, Lagos-Kano rail line, Second Niger bridge, among others.

“Undertake an urgent review of the Public Private Partnership (PPP) enabling environment to address the legal, regulatory and operational challenges,” the document read in part.

The government plans to complete all the roads under the SUKUK bond funding path, including the Lagos-Ibadan expressway.

ON HEALTH
The incumbent plans to ensure 45 percent of the population is covered by the national primary health plan by 2023, from the current 12.6 percent today.

“Execute the National Strategic Health Development Plan II that spans 5 years from 2018 to 2022,” the document read.

“The six key pillars of the Plan include providing an enabling environment for the attainment of health sector goals, increased utilisation of essential package of health services, strengthening the health system, improving protection from health emergencies and health financing.

“The plan will attract N6.1 trillion of both public and private sector funding”.