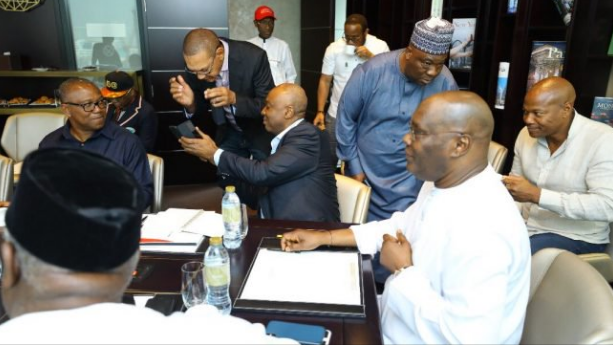 The Peoples Democratic Party (PDP) has hired the firm of Brian Ballard, a top US lobbyist, ahead of the 2019 elections.

The influential lobbyist has President Donald Trump as one of his clients. Politico Magazine, a top publication in the US, says Ballard is closer to the US president than perhaps any other lobbyist in town.

“He’s parlayed that relationship into a booming business helping clients get their way with the Trump administration — and his clients and even some of his rivals say his firm has a better grasp of what’s going on in the West Wing than almost anyone else,” the magazine said in a report.

“Ballard was one of the top fundraisers in the country for Trump’s campaign and continues to raise millions for his reelection campaign. Wiles, one of his top lieutenants, ran Trump’s campaign in Florida and delivered the nation’s biggest swing state to the president.”

Documents seen showed that Nigeria’s main opposition party has agreed to pay $90,000 (N31.5m) to Ballard Partners Inc. on a monthly basis throughout the duration of the contract.

TheCable reports that the contract which was signed on September 21, 2018 is for a year, meaning Ballard would rake in close to N400 million from the deal.

“Duties of the firm. It shall be the Firm’s duty to consult with the Client and advocate on its behalf those issues the client deems necessary and appropriate before the US Federal government. Issues and objectives may include, but not be limited to, enhancement of US Nigerian relations; strengthening and advancing democratic values and the rule of law in Nigeria, with a special focus in the coming months on maintaining political and security conditions free of intimidation and interference in order to ensure the success and fairness of Nigeria’s national election for president in 2019. It shall further be the Firm’s duty to inform the Client of developments in legislation and policy relevant to the Client’s issues and objectives.

“Compensation. The Firm shall receive from the Client $90,000 a month, payable in quarterly installments for this agreement, plus the reasonable costs associated with the representation, including but not limited to, necessary registration fees; and travel expenses.”

Osita Chidoka, a former minister of aviation, signed the contract on behalf of the PDP.

This report comes two weeks after Atiku Abubakar, presidential candidate of the party, led PDP stalwarts to Dubai for a strategy meeting.

In 2014, APC engaged AKPD Media and Messages, a top US firm, as political strategists.

The political consulting firm was co-founded by David Axelrod, a President Barack Obama confidant. He was a chief campaign adviser to Obama during the campaign for the presidency in 2008 and was later appointed as senior presidential advisor.

Another US firm Levick, led by former US President Bill Clinton’s confidant Lanny Davis, was hired by the Jonathan administration in a consultancy deal with the News Agency of Nigeria, also in 2014. 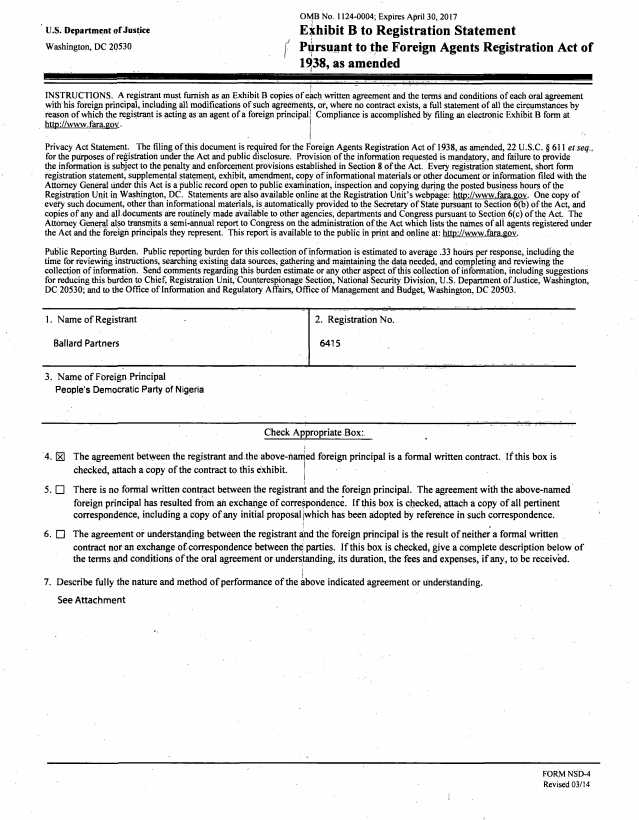 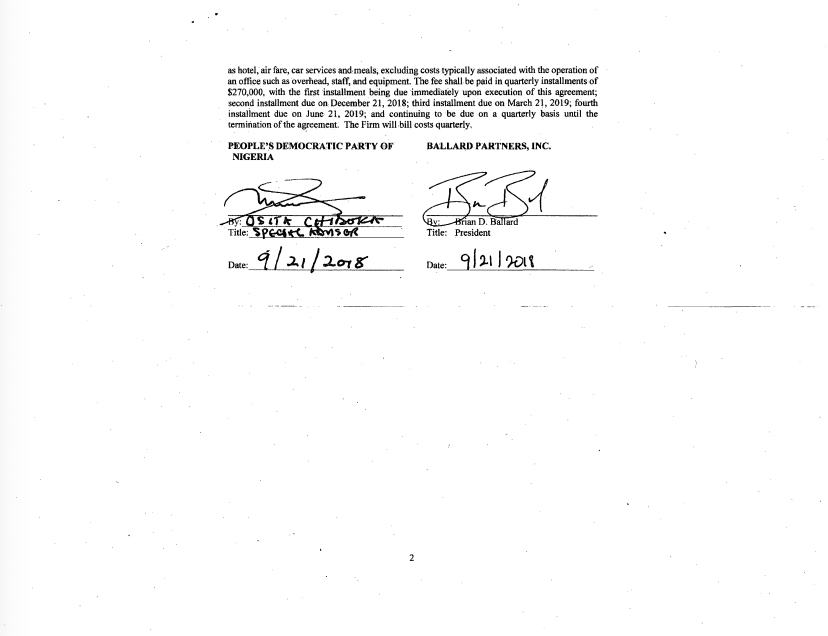 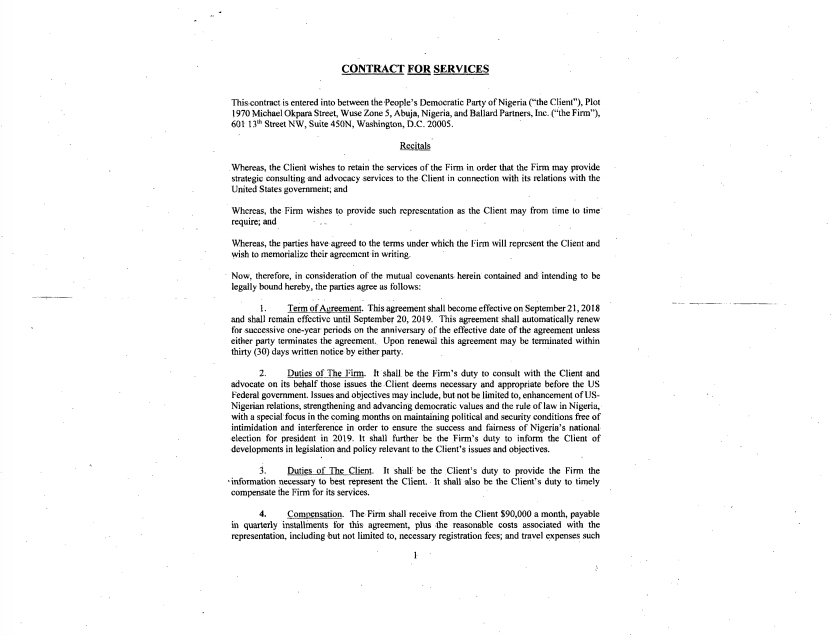