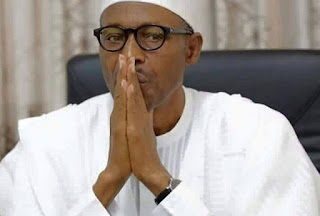 The Peoples Democratic Party, PDP, has challenged President Muhammadu Buhari and the ruling All Progressives Congress, APC, to name the value they added to Nigerians since coming to power in 2015.

The party also dared the President to name any tangible economic policy and any key development project initiated and completed in any part of the country by his administration to put an end to poverty or lift the faces of Nigerians since his assumption of office in 2015.

PDP National Publicity Secretary, Kola Ologbondiyan, threw the challenge on Thursday while receiving a coalition of youth groups from President Buhari’s home state of Katsina pledging support for the PDP and its presidential candidate, Atiku Abubakar.

He said; “Nigerians were deceived to vote in President Buhari in 2015, thinking he was pro-poor and prudent, only for them to be confronted with the most corrupt, deceitful and incompetent administration which has no commitment towards fulfilling any of its campaign promises.

“President Buhari cannot boast of any development project initiated and implemented by him as a President. Instead, he has denied his promises and completely wrecked our once robust economy with his harsh, anti-people and restrictive policies.

“At the time the PDP handed over power to President Buhari, our economy was one of the fastest growing in the world; Nigerians had access to the basic economic empowerment, the private sector thrived; businesses were booming, foreign investors flooded our country, public servants were given a sense of belonging and purchasing power of citizens was high.

“Today, under Buhari’s anti-people administration, all the gains achieved by the PDP have been reversed. There is persistent bloodletting, acute poverty, hunger and grinding starvation in the land. Over 30 million Nigerians have lost their jobs and there is serious stress on families.

“While millions of Nigerians cannot afford the basic necessities of life, our dear President and his cabal swim in opulence and humongous corruption.

“Nigerians have not forgotten how the Buhari administration’s corrupt currency round-tripping led to the collapse of our naira with attendant hardship on our citizens. Our nation is now mocked as the world’s poverty headquarters.

“The question you must ask President Buhari is, what value has his administration added to the life of Nigerians, who voted for him in 2015. Instead, he has continued to deride our citizens as lazy and lovers of freebies, while describing them as “a very difficult lot” in his December 31, 2015 Presidential media chat.

“The fact remains that any leader or administration that holds citizens in disregard, as manifest in the Buhari administration, cannot in any way work for the welfare of the people

“The party urge all Nigerians to remain steadfast in rallying behind Atiku “in the collective quest to rescue our nation from the misrule of Buhari’s administration.”

In his remarks, leader of the group, Mallam Abubakar Shehu, said Nigerian youths were completely disenchanted with President Buhari and now looked up to PDP and Atiku for solution.

He assured the party of the support of youth groups in Katsina State in the 2019 presidential election.