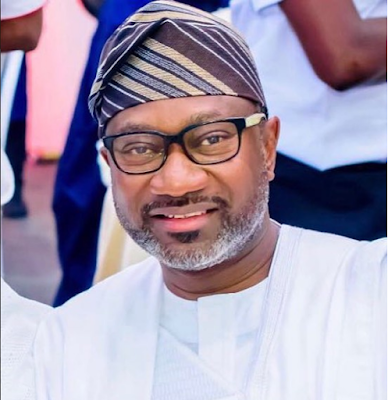 Lawan is a former chairman of a house of representatives committee probing the multi-billion naira fuel subsidy fraud.

He chaired the probe committee in the seventh assembly.

The former lawmaker is accused of receiving money from Otedola to remove Zenon from the list of oil companies allegedly involved in the fuel subsidy fraud.

He was charged by the office of the attorney-general of the federation (AGF) for allegedly receiving bribe.

During the hearing of the case at a federal capital territory (FCT) high court in Abuja on Wednesday, Adegboyega Awomolo, counsel to the federal government, played the tape showing Lawan receiving the said sum.

While giving his testimony, Otedola said Lawan removed Zenon from the list of indicted oil companies after he collected the money.

He said $2.5 million was the balance he was expected to pay the ex-lawmaker.

“I could not have put him under pressure because Zenon Oil was not involved in the theft of subsidy funds,” he told the court.

“If he did not demand (for money), why will he collect the $500,000 and was expecting $2.5 million. He did mention to me that the $3 million was going to be shared by himself and other officers of the house.

“I did not offer any $3 million. I was one of the biggest players in the business and I reported the matter when I found out about the scam.

“He did mention to me that several companies involved in the scam were paying and I reported to the DSS.”

After Awomolo finished quizzing Otedola, L Azuka, a lawyer from the chambers of Mike Ozekhome, counsel to Lawan, asked the court for an adjournment.

Azuka told the court that Ozekhome, the lead counsel, was “unavoidably absent.”

“The witness has given lengthy evidence. We will need time to study the evidence that he presented today viz-a-viz the statement he gave to the police,” he said.

“We don’t have copies, we need to obtain copies and prepare for the cross-examination.”

The counsel added that he was sick and would not be able to cross-examine the witness.

The federal government’s lawyer protested, urging the court not to grant the request of Azuka.

“We will ask our lordship to utilise the day,” he said.

However, Angela Otaluka, the judge, granted the prayer of the defence counsel and adjourned the matter till January 28, 2019.