Oduduwa group knocks Atiku over attack on Buhari for $500,000 grant to Guinea Bissau 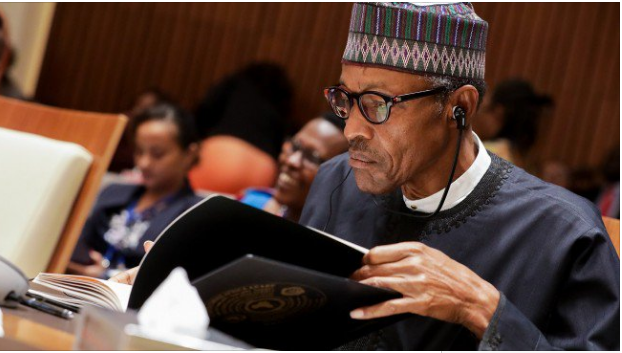 The group asked Atiku to go for crash course on economy before exhibiting his ignorance.

Atiku had slammed the federal government’s $500,000 donation to Guinea Bissau, describing the gesture as wasteful.

According to him, it was one of the ways the President Muhammadu Buhari administration brought a once thriving economy to its knees.

Oduduwa Vanguard described Atiku’s comment to a strategic act as irresponsible on many levels.

Aare Kunle Adewole, President of the group said Atiku was not qualified to be entrusted with making decisions for 200 million Nigerians because he lacked patient to fully understand issues before reacting.

According to Kolawale, “We wonder how an Atiku that can donate lavishly to buy cars for women will find it wrong that Nigeria wants to play its big brother role to other Africa nations. This is double standard at play at best and we advise the All Progressives Congress (APC) presidential candidate, President Muhammadu Buhari not to join Atiku at the level to which he has sunken. It will amount to wrestling a hog in the mud.

“A right thinking person that looks beyond the meanness of satiating only his own avarice would have seen that there are gains to Nigeria when the donations to Guinea Bissau are well exploited.

“For one, a revived Guinea Bissau or any other African country provides fertile grounds for Nigerians to go exploit since we fortunately have enterprising Nigerians that have made marks for themselves in their places of sojourn. We believe that helping other nations to stay afloat when we can is a strategic way of ensuring that our country’s huge population is able to spread outwards to these other places and earn their keep. An intelligent person will realize that remittances from the funds repatriated by such Nigerians will go a long way to helping the economy back home.

“It is understandable that Atiku is projecting his own values unto others because this kind of donation would have found its way into private pockets between 1999 and 2007 when he was vice president. The absence of such slush fund must have been responsible for his recent gimmick of under declaring his income so that he can keep back some more money from tax avoidance.

“But we ask for once that he should believe in the capacity of other people to be upright where he is crooked. Such realistic perception of others would have made him to realize that the money promised to Guinea Bissau is not the type wasted on sponsoring team members to Dubai or for paying a foreign agent to procure election hacking services from Russia.”