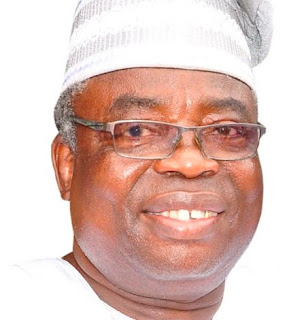 A chieftain of the All Progressives Congress (APC), Chief Lanre Razak has said there are no vacancies in both Aso Villa in Abuja and Alausa Government House in Lagos State, asserting that, “APC will walk over other parties in 2019 elections.” Razak, who was the former Commissioner for Public Transportation in Lagos State explained that, what people view as crisis in the APC camp is never a crisis, saying, “it is just as a result of individuals struggling to get a viable and sure platform to win elections.”

Speaking further, Razak insisted that, “in Lagos State also, there is no threat to the APC either from the Peoples Democratic Party (PDP) or any other party,” expressing confidence that, “we will over run them. We have very solid and effective crisis management mechanism that would be deployed to resolve all the issues before the elections. APC is the only viable platform for people ctowin elections. That explains the steam you notice in those struggling to have the ticket to contest elections on the its platform.”

He hinged his confidence on the leadership prowess of the APC National Leader, Asiwaju Bola Ahmed Tinubu and APC’s performances across the country in the last three and a half years. “I have absolute confidence in Tinubu’s leadership and I don’t have doubt in his ability to lead us to the promise land. He is a God sent leader that other leaders ought to emulate. I am fully in support of all actions he has been taking so far because the actions are in the best interest of democracy and humanity.”

In conclusion, Razak asserted that the Lagos State APC governorship candidate, Babajide Sanwo-Olu, will win convincingly because of what the electorate in Nigeria and Lagos State know about Tinubu’s leadership and APC performance in Lagos State. Nobody, according to him, either in Lagos or anywhere in the country would give his vote to the PDP because they know the atrocities the party committed during its16 year’s rule during the period they drained the nation’s economy.