New minimum wage: Why states should pay according to their income – El-Rufai 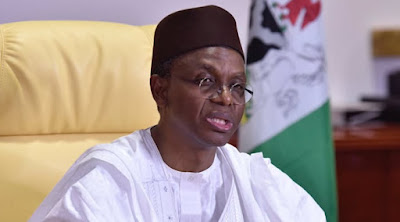 Governor Nasir El-Rufai of Kaduna State, has said state governments should be allowed to implement the proposed new minimum wage based on their income.

He made the remark while stating that the new minimum wage should not be under the Federal Government.

The governor, who also stated that personal income tax should be collected by the states, emphasised the need for amendments in the constitution so that some items can be removed in favour of the states.

Reacting to a question on why personal income tax should be given to states, the governor said: “I agree with you completely that in a federation there should be taxes that are national while others are sub-national.

“But if you look at our history, you will see that we come from civilian-military regimes and many of these personal income taxes Act were done by the military.

For instance, I do not agree that national minimum wage should be under the federation, it should be done by each state, according to the level of income.