Minimum Wage: Conciliation meeting with labour will go ahead - Ngige 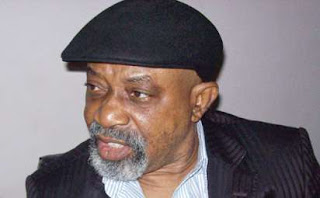 Minister of Labour and Employment, Senator Chris Ngige on Friday said that conciliation on the National Minimum Wage will continue despite the injunction of the National Industrial Court restraining the organized labour from embarking on strike.

The Minister in a statement by the Director Press in the Ministry of Labour and Employment, Samuel Olowookere said that the conciliation meeting involving the Organized Labour, the Organized Private Sector and Government scheduled for Sunday, November 4, 2018 at the office of the Secretary to the Government of the Federation by 6:00 p.m was still on course and will hold.

This will be followed on Monday, November 5, 2018 by 11:00 a.m the meeting of the National Tripartite Minimum Wage Committee at the same venue

The Minister used the opportunity to again appeal to all tripartite members to attend these meetings in the interest of the Nation.


Recall that the President of Nigeria Labour Congress, NLC, Ayuba Wabba, had vowed that the organised labour would not be part of any conciliation meeting or negotiation on minimum wage, alleging that every discussion about minimum wage had been concluded.

He said that the only meeting organised labour will attend will be the signing of the minimum wage report and not negotiation.