Metele attack: No army can have enough equipment for operations – Buratai 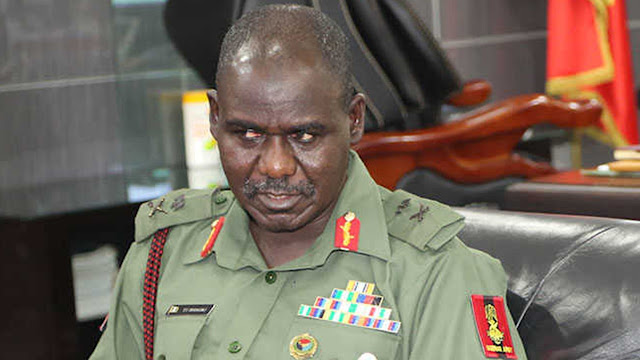 The Chief of Army Staff, Lt. Gen. Tukur Buratai, has said no army can have enough equipment for its operations.

Buratai, who spoke on the Metele attacks during the 2018 Chief of Army Staff Annual Conference in Maiduguri on Wednesday, said the army had started to strategise for the end of the Boko Haram insurgency in the North-East.

The COAS also revealed plans for the 2019 general elections, saying Operation Safe Conduct would be conducted in the country by the army to ensure free and fair elections.

The theme of the conference, which was also attended by President Muhammadu Buhari, was, “Optimising the operational efficiency of the Nigerian Army towards safeguarding democracy and national security in Nigeria.”

The army chief said, “Internally, there has been violence in some sections of the country, which constitutes security threats to Nigeria’s democracy and existence. The causes of the crises are often for ideological, economic, political, religious and ethnic reasons.

“The fight against Boko Haram in the North-East will continue unabatedly. The army is collaborating with Chad and Cameroon, and we are currently conducting joint operations in adjoining areas.”

He added, No army can have enough equipment to conduct its operations. So it is incumbent on all commanders to know that we are involved in an asymmetric warfare which calls for dynamism and flexibility.”

Buratai said soldiers must remain non-partisan during the 2019 general elections.