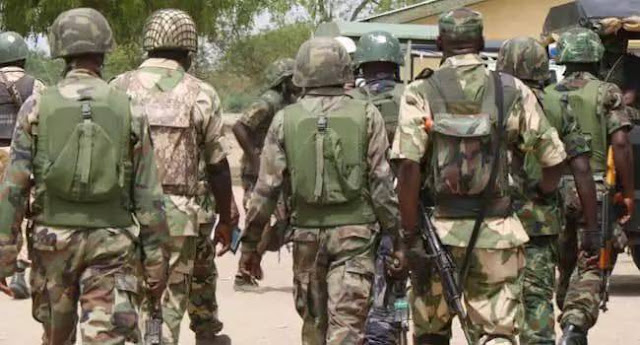 The Nigerian Army has confirmed that 23 of its personnel were killed and 31 others wounded when Boko Haram terrorists attacked troops locations on Nov. 18 at Metele in Northern Borno.

The figure contradicts reports of 44 to 100 army personnel allegedly killed in the attack.

In a statement issued by Brig.-Gen. Sani Usman on behalf of the Chief of Army Staff, Lt.-Gen. Tukur Buratai, on Wednesday, the army, however, said that between Nov. 2 and Nov. 17, the insurgents attacked troops’ positions at Kukawa, Ngoshe, Kareto and Gajiram.

He said troops repelled those attacks but 16 soldiers were killed, while 12 others sustained injuries in those incidents.

“The sacrifices of these fallen heroes will not be in vain.

“We also wish all those wounded in action speedy recovery and assure them of our continued support and care,” Usman said.

Usman said the incident of Nov. 18 happened at a time when the Nigerian Army was planning to hold the Chief of Army Staff Annual Conference for 2018 in Benin City.

“On account of this incident, the Conference had to be moved from Benin City to Maiduguri to enable the Nigerian Army leadership get closer to the troops on the ground and to better appraise our activities, assess our performance and identify our shortcomings as an army.

“We are also sensitive to the fact that the nation is approaching an election year and thus we must be prepared to assist in providing security for the peaceful conduct of elections.

Accordingly, the theme for this year’s annual conference is aptly titled, “Optimizing the Operational Efficiency of the Nigerian Army Towards Safeguarding Democracy and National Security in Nigeria,” Usman said.

He assured Nigerians and the international community that the army would work optimally, in conjunction with other security agencies to provide a secure environment for peace and unity in Nigeria.

Usman noted that since 2015, the army in conjunction with sister services and other security agencies had systematically degraded the capabilities and capacity of Boko Haram terrorists and recorded many successes.

However, he said in the last two to three months, there were daring moves by the terrorists, who had used drones against troops’ defensive positions and infusion of foreign fighters in their ranks.

“These potent threats require us to continually review our operations.

“The Nigerian Army wishes to reiterate and pledge its total commitment to the defence of the Constitution of the Federal Republic of Nigeria.

“We wish to reassure all Nigerians of the commitment of the Nigerian Army to defend our country at all costs.

“We shall also continue to remain apolitical, professional and responsive in the discharge of our constitutional roles.