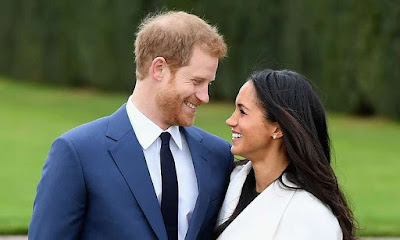 They’ve grown up extremely close and played the role of best man at each other’s weddings, but it seems things may not be going so smoothly between the royal princes right now.

Prince Harry and Meghan Markle recently decided to move away from their Kensington Palace neighbors, Prince William and Kate Middleton — and according to a friend of the royals, it may be because of trouble between the two couples.

According to a palace source, Meghan and Kate aren’t as close as we thought, and it’s starting to cause tension between the brothers.

“Kate and Meghan are very different people,” the source told the Daily Mail. “They don’t really get on.”

The palace confirmed that Harry and Meghan are moving to Frogmore Cottage (where they held their wedding reception) on the Windsor Estate early next year as they prepare for the arrival of their first child. The new home is said to need major work to be fit for the Duke and Duchess of Sussex, with plans reportedly to include 10 bedrooms, a new nursery, a gym and a yoga studio.

Harry and Meghan, who currently live in a small cottage on the grounds of Kensington Palace, always planned to upsize, but it was thought they would occupy another palace unit the size of the one Kate and William live in.

“The initial plan was for Harry and Meghan to move out of their cottage in the grounds of Kensington Palace and into one of the main apartments,” a royal source told The Sun. “But there has been a bit of tension between the brothers.”