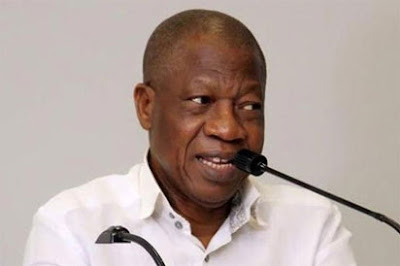 Minister of Information of Culture Alhaji Lai Mohammed yesterday described the All Progressives Congress (APC)’s victory in the House of Representatives by-election in Kwara State as the breaking of the Berlin Wall of the state’s politics.

Mohammed, the APC leader in Kwara State, was alluding to the dominance of the Saraki dynasty in the state.

Speaking at his country home of Oro during a victory rally organised by APC supporters, Mohammaed said: “It was the will of the people that prevailed. God has turned the seemingly political impregnability of Saraki’s dynasty to foolishness. APC is God-ordained for this state and the country.

“With this victory you have broken the Berlin Wall and same will repeat itself in 2019 elections.”

He added: “One thing I requested from President Muhammadu Buhari before I left Abuja for the election is the provision of adequate security before, during and after the election. And the security agents discharged their duties professionally.

“This accounted for the peaceful conduct of the election. I have been participating elections in this state since 2003, this has been one the most peaceful.

“Some PDP members were peddling rumours that I was going about with security agents to intimidate opponents. There is no truth in that.”

The News Agency of Nigeria (NAN) reports that some cancellations arising from snatching of ballot boxes and over voting were reportedly experienced in three polling units in Irepodun Local Government Area.

The affected units as listed by the Presiding Officer in charge of the council included Registration Area (RA) 02 of Esie-Ijan Ward where two ballot boxes were reportedly snatched and 955 number of registered voters lost.

Election cancellation was also recorded in Ile Apaasin RA 04 Polling Unit in Isin Local Government where only 59 voters were accredited but turned in 377 votes.

Some Independent National Electoral Officers were attacked and injured.

The declaration of the results was witnessed by notable officials, including the Kwara State Commissioner of Police, Mr Bolaji Fafowora, the state Resident Electoral Commissioner Malam Garuba Madami as well as his Imo and Lagos counterparts, Mr Emeka Nzeonu and Mr Sam Olumekun.

Party chairman Bashir Bolarinwa, governrship candidate Abdulrazak Abdulrahman, among others, hailed the process and the victory.

Olawuyi described his victory as one for the people.

“This is a happy moment for me because we have been doing this for a long time.

“When your time has come, no one can stop you but at the same time, I give glory to God, because it is the best time Allah has created for me.

“My party believed in me to put me forward for the assignment and I thank God I have delivered,” he said.

Olawuyi, who described his party as the best in Africa, said he was never scared of the opposition because he is a grassroots politician loved by his people.

He said because of the fact that his people loved him and followed him with passion, he would always defeat his opponents in a free and fair election.

Olawuyi said the state government’s statement that the election was between the PDP and the security agencies was laughable because it was what they were used to.

He is now sure of an APC victory in the state in the 2019 general elections because of the spirit the electorate have demonstrated.

“The outcome, more than anything else, asserts the fact that our people have had enough of the status quo. They are saying enough is enough and the time to move Kwara to the next level is now.

“As we savour this well preserved victory, we therefore urge our people to not relent as we head to the general election where, God willing, we will see to the end of a status quo that represents backwardness, corruption and disdain for socioeconomic advancement of the people and the state.

“One of the secrets of our success in this by-election is the suppression and almost total eradication of criminals and armed thugs hitherto used in rigging elections in Kwara. Kwarans will never forget the 31 lives lost in the Offa robbery; we will ensure that their lives were not lost in vain.

“We thank the security agencies for their efficiency and disciplined discharge of duties.

“We thank the electoral commission for conducting a free and fair election and resisting desperate attempts to subvert the rules and manipulate the poll. We urge these government agencies to keep up the good work.”