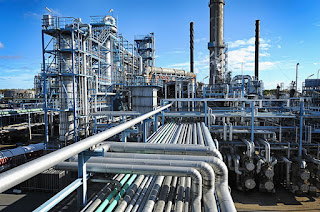 The Kaduna Refinery and Petrochemical Company did not refine any crude oil from February to August this year, losing a total of N18.67bn, the Nigerian National Petroleum Corporation has said.

The refineries lost a total of N68.12bn in the first half of this year, making a profit of N928.81m in April, for the first time in 10 months, according to the data from the NNPC.


Total crude processed by the refineries in August was 56,804 metric tonnes as against the 90,872MT processed in the preceding month, translating to a combined yield efficiency of 80.74 per cent as against the 73.82 per cent in July.

“The lower operational performance recorded is attributable to the ongoing revamping of the refineries which is expected to further enhance capacity utilisation once completed,” the corporation added.

The national oil firm said it had been adopting a merchant plant refineries business model since January 2017.

It said, “The model takes cognisance of the products worth and crude costs. The combined value of output by the three refineries (at import parity price) for the month of August 2018 amounted to N8.67bn while the associated crude plus freight costs and operational expenses were N9.78bn and N9.68bn respectively.”

The proposed rehabilitation of the nation’s ailing refineries has suffered delays as the third-party financiers for the project have yet to be announced, more than a year after the NNPC said 28 firms had expressed interest in its financing.

Despite being a key oil producer and exporter, Nigeria relies heavily on the international market to meet its fuel needs.

The Minister of State for Petroleum Resources, Dr Ibe Kachikwu, was quoted by S&P Global Platts earlier this month as saying in an interview on the sidelines of the Africa Oil Week conference in Cape Town that he was hopeful the government would pin down details on the overhaul of the country’s refineries by the end of this year.